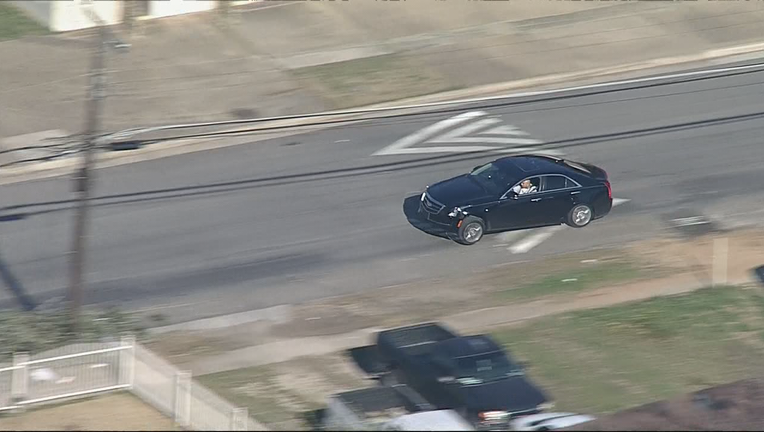 DALLAS - A high-speed chase that raced across Dallas Monday morning ended with an arrest.

The chase started around 10:30 a.m. after a suspect refused to pull over for officers in Mesquite.

The Dallas County Sheriff’s Office was asked to help. They chased a man in a black Cadillac CTS at speeds of up to 90 miles per hour and in the wrong direction at times.

The chase ended near Brockbank Drive and Royal Lane in West Dallas after the suspect hit another vehicle. He struck a curb and the car’s airbags deployed.

The driver got out on the passenger side and put his hands up, waiting to be taken into custody. 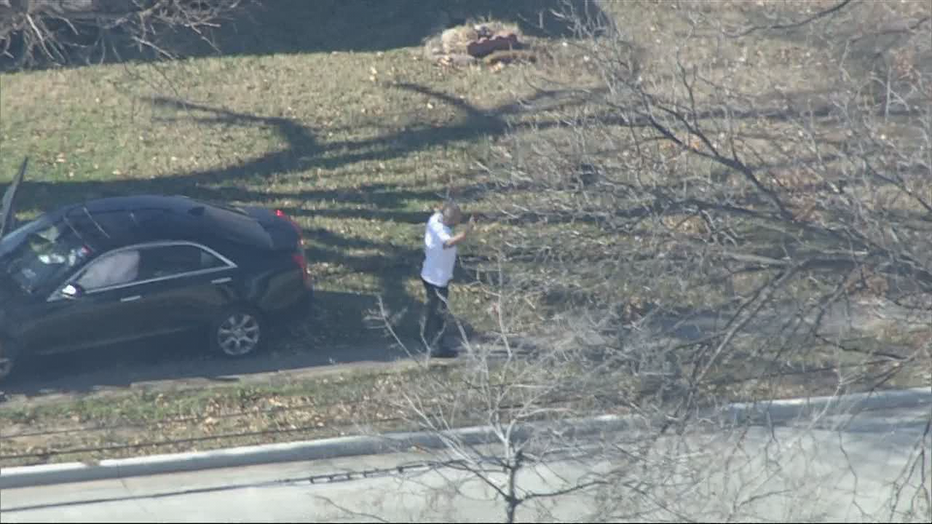 Police have not yet identified the man or said what charges he will face.

No one was hurt during the chase.