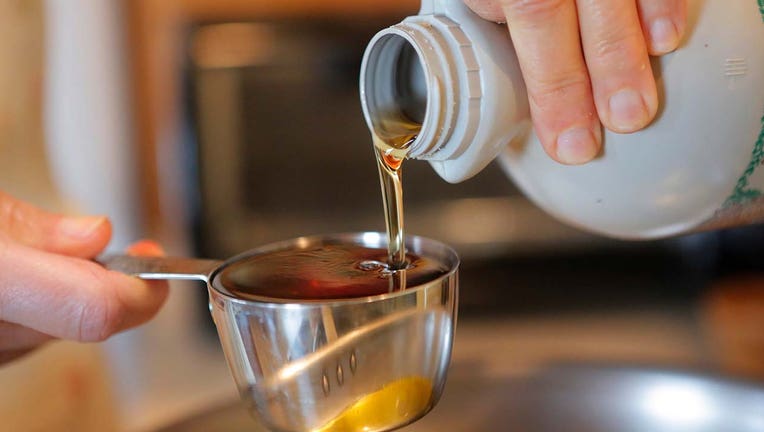 It may not be hot enough yet to stay out of the kitchen, but a continued warm weather streak could impact one of America’s favorite breakfast condiments - maple syrup.

Production of the sugar confectionery is highly dependent on weather patterns, and experts say when temperatures remain above freezing for an extended period, it could ultimately lead to less productive trees.

Mark Isselhardt is a maple specialist based out of the University of Vermont and has spent decades studying and analyzing the industry.

California is just hours from possibly facing a double whammy of a bomb cyclone and damaging winds. The storms should not be taken lightly as Gov. Gavin Newsom declared a state of emergency throughout California. The atmospheric river is likely to cause significant flooding, topple trees in saturated soil and knock out electricity. The entire Bay Area is under a flood watch until Thursday night. High wind warnings have also been issued. In Los Angeles County, the coast and the valleys will see up to four inches of total rain through Jan.5, 2023. The National Weather Service said forecasters say the mountain areas of SoCal may see up to eight inches of total rainfall through Jan. 5.

Experts say sap begins to flow from trees when pressure is created during temperature extremes from cold mornings to warm evenings. Trees that are tapped can produce a steady flow for collection, which usually lasts six to as long as eight weeks.

February and March are typically the peak for collections, but harvests can start as early as when trees lose their leaves in the fall.

As North America’s temperatures warm during the spring, pressures inside the Maples begin to fall, producing less sap for collections.

Vermont, New York and Maine make up around 80 percent of the country’s production, which usually ends the year north of 4 million gallons.

One of the communities in the heart of maple syrup country is Burlington, Vermont, which has seen an extended period of warmth, with recent highs reaching the 40s and 50s and lows only in the 30 and 40s.

A typical winter day would see a morning low of around 15 degrees and a high just below the freezing mark.

The current warm spell is enough to get the sap flowing in the Maple trees, but Isselhardt believes it is insufficient to foreshadow whether the heart of the collection season will be impacted.

"The extended period of warmth is uncommon but not unheard of here. So, I think part of what is notable about this event this year is that there’s more people that are tapped earlier because of the size of the operations. It can be helpful to find out where the leaks are, but they’re not really expecting that to be the real high-flow events that we see later in the year," said Isselhardt.

END OF TRIPLE-DIP LA NINA IN SIGHT: WHAT IT COULD MEAN FOR SPRING SEVERE WEATHER SEASON

Experts say it is difficult to predict how the year will turn out due to subtleties, but a season harvesters won’t soon forget is 2012.

Just over a decade ago, a warm winter and a series of heat waves during the early spring resulted in a significant drop in production for most of New England.

The USDA reports growers were only able to produce 1.91 million gallons - off some 50 percent of what is typically produced.

The agency warns due to a continuous changing climate and the weather-dependent nature of the sap flow, there may be some areas in the future where production sees sharp declines, while others could see increases.

Find more updates on this story at FOXWeather.com.