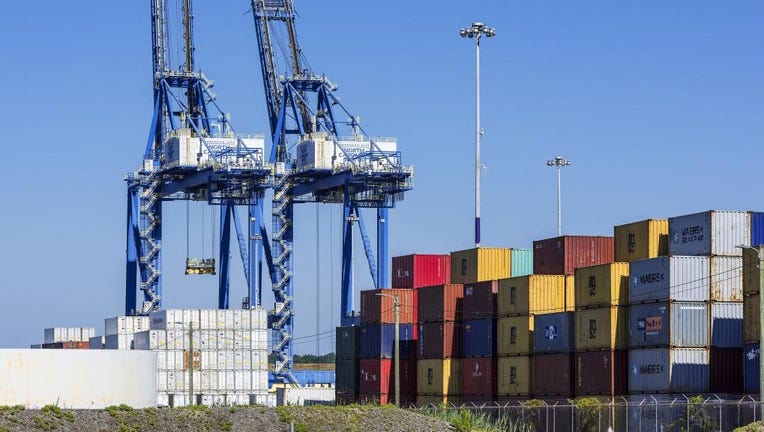 WASHINGTON - The U.S. trade deficit jumped to $68.1 billion in November, the highest monthly deficit in 14 years, as a surge in imports overwhelmed a smaller increase in exports.

The November gap between what America buys from abroad compared to what it sells abroad rose by 8% from the October deficit of $63.1 billion, the Commerce Department said Thursday.

The increase reflected a 2.9% increase in imports of goods and services to $252.3 billion on a seasonally adjusted basis. That jump swamped a 1.2% rise in exports which totaled $184.2 billion in November.

President-elect Joe Biden unveiled his economic team on Dec. 1, 2020 amid growing concerns about the pace of the nation's economic recovery.

Through the first 11 months of 2020, the deficit stands at $604.8 billion, 13.9% higher than the same period in 2019. President Donald Trump has insisted that his get-tough trade policies with the rest of the world would shrink the deficit and bring back American jobs.

RELATED: Jobless claims slip to still-high 787,000 in the US

The politically sensitive deficit with China rose 1.9% to $30.7 billion in November and totaled $283.6 billion for the first 11 months of 2020. That was a drop of 11.5% from the same period in 2019, reflecting in part the higher tariffs the Trump administration imposed on Chinese goods as the world's two largest economies engaged in a tit-for-tat trade war.

The monthly deficit in goods and services of $68.1 billion was the largest imbalance since August 2006. The deficit in just goods totaled a record $86.4 billion in November.

Michael Pearce, senior U.S. economist at Capital Economics, said that the rising trade deficit would act as a drag on economic growth in the fourth quarter. He predicted the economy, as measured by the gross domestic product, would expand at an annual rate of 3% in the October-December period.