A local climber is taking herself to new heights, and she has garnered a big social media following. FOX 10's Danielle Miller reports.

PHOENIX - A local climber is taking herself to new heights, and she has garnered a big social media following.

Sierra Blair-Coyle doesn't use ropes or harnesses, but she does attack a rock wall better than just about anyone.

Despite Arizona being known for its breathtaking hiking trails and climbing spots, Blair-Coyle prefers to take her climbing indoors. Blair-Coyle fell in love with indoor rock climbing when she was just eight years old. 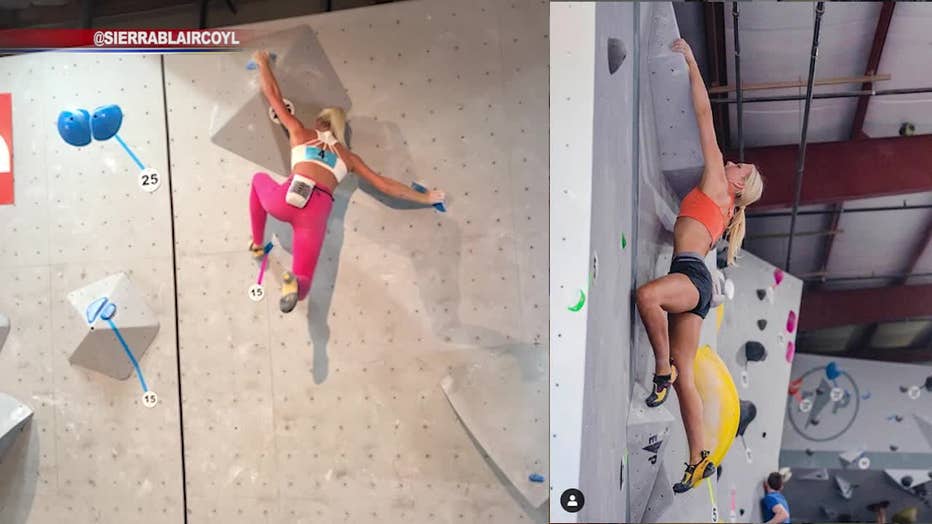 "I started when you climbed inside to train for the outside, and if you did competitions, you weren't as respected as an outside climber and that's really changed now," said Blair-Coyle. "Outside climbers are still really well respected, but so are competition climbers, and I love seeing that because I think both deserve that respect."

Blair-Coyle is gaining her own respect in the sport. She competes professionally, has sponsorships, and travels the world to compete.

In addition, Blair-Coyle has quite the following on social media. She has nearly 200,000 followers on Instagram, where she posts most of her videos and photos.

"I think it's helped give me a lot of opportunities, because before social media, I was competing professionally, but once you have social media, it just makes it easier for people to know who you are, because instead of reading about you in a magazine or seeing you at a competition, you just pop up on their phone. Someone likes your picture, [and those] that they're friends with, they see it. I think it's cool because it's helped me, but this is why so many people, I think, are interested in climbing now and learning how to climb because it's just so much more widely available," said Blair-Coyle. 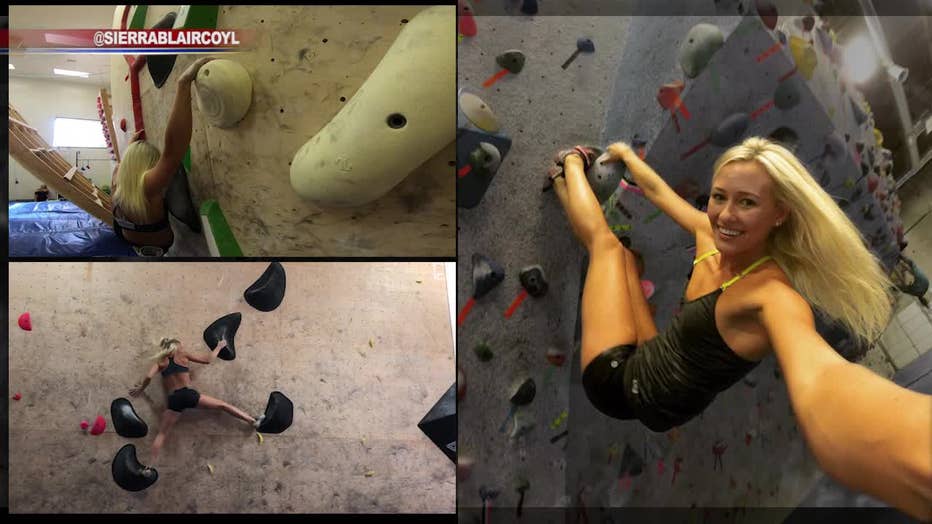 Blair-Coyle climbs for hours a day, and has only a few rest days during the week. She climbs at a few gyms around town, but her main training takes place at her home climbing gym.

It all helps to make sure she's ready for any competition that comes her way.

"The simplest one which everyone thinks about is speed climbing, and it's who gets to the top the fastest," said Blair-Coyle. "The other discipline is called sport climbing, and it's where you have a rope and it's basically who gets the highest on the wall. What I do, which is bouldering, is we have the shorter walls and no ropes. It's who gets the highest on a combination of four or five climbs."

Blair-Coyle plans on pushing the limits for many years to come.

"I want to keep climbing and competing for as long as possible, and really just keep pushing myself to be as good of a climber as I can become," said Blair-Coyle. "I would love to open a climbing gym one day as well. I think that would bring everything full circle for me."

The sport of climbing has become so popular, that it will debut at the 2020 Summer Olympic games in Tokyo.