DETROIT - The country may be spending Nov. 11 honoring their veterans, but not every former soldier is so lucky.

Philip Ramsey, a retired marine is fighting a different kind of battle after a brutal assault Friday.

"(He) fought in the Vietnam War, now he got to fight in the streets of Detroit," said Sheila Calvin, Ramsey's daughter.

At the end of last week, the 70-year-old was waiting at a bus stop near Gratiot and State Fair Avenues with two other elderly people. While waiting for a bus, his daughter said a few guys approached them and started causing problems.

"He said some guys walked up and was tormenting them," said Calvin. "My dad said, 'Why don't you stop?'"

However, the act of bravery was met with punishment.

"Because he spoke up, one boy supposedly hit him and then he was fighting three guys," Calvin said. "Well, he said the last thing he remembered he got hit with an object."

An elderly man said he was waiting at a bus stop near Gratiot and State Fair Avenue when some guys walked up and started tormenting some of the people there. Philip Ramsey stepped up and told them to stop before they attacked, leaving him bloody in the middle of the road.

After getting hit and beat up, the most unbelievable act happened next, said his daughter.

"And they left my daddy in the middle of Gratiot to die."

After that, someone who heard the commotion and saw Ramsey's body in the middle of the street called 9-1-1.

"Well she ran across the street - she saved my father. She stayed with him. She said she took his hat off and tried to stop the bleeding in the face because he lost so much blood," said Calvin.

Detroit Police say this incident remains under investigation and that initially two suspects were attempting to rob the victim. That's when a struggle took place before a fight broke out and other suspects joined in.

Now the search continues for the people involved in this crime. 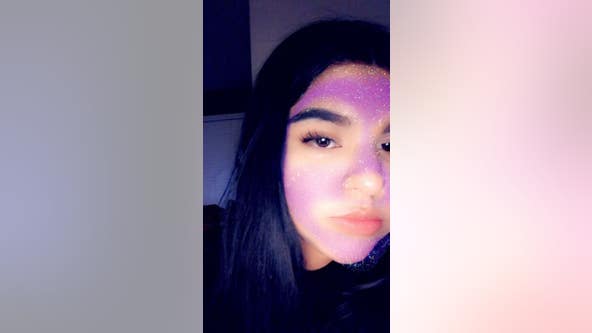