A West Valley couple is facing legal troubles in connection with allegations of child abuse against two of their adopted children, one of whom suffers from Spina Bifida. FOX 10's Justin Lum reports.

PHOENIX - A West Valley couple is accused of zip-tying and beating their two adopted children.

Surprise Police officials say 48-year-old Tammie Brady and 57-year-old Lee Brady have six adopted children. The two alleged victims claim they've been abused since 2016, but somehow, it took three years for police to arrest the Bradys when DCS has already taken the kids away, twice. 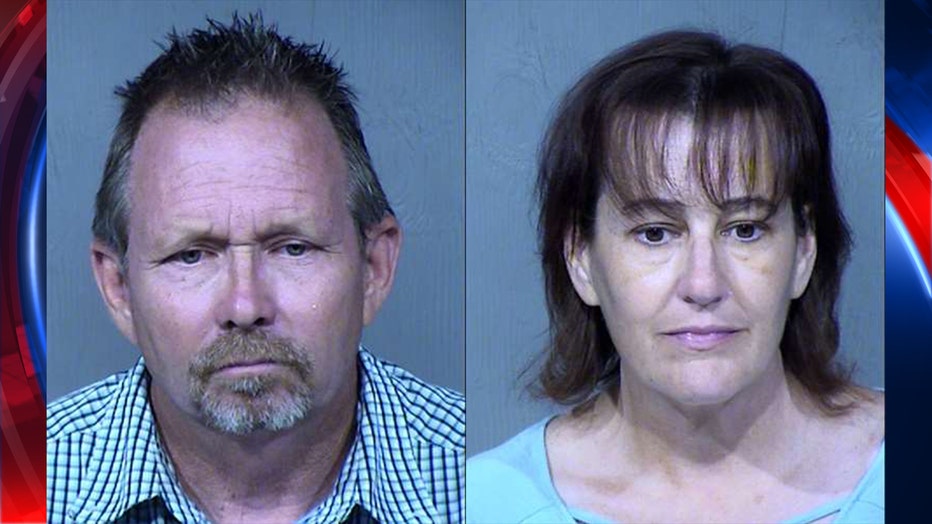 The Bradys are accused of abusing a 12-year-old girl and a nine-year-old boy. The girl suffers from Spina Bifida, and needs a wheelchair, leg braces, and a walker.

According to Surprise Police, the 12-year-old told officers that Tammie made her wash her own clothes, and wear them until they turned dry.

The girl also accused Tammie of choking her, The victim stated Tammie choked her, saying, "I thought I was gonna die until she finally dropped me".

The alleged victim also accused her adoptive mother of beating her, zip-tying her and stuffing her into a bucket to suffocate.

As for the male alleged victim, he told police Tammie cut his finger and hand with a knife, sometimes not feeding him for three days, and zip-tied him naked before locking him in the trailer.

"Apparently the defendant, as well as the co-defendant in this matter, have been mobile for the last couple years, residing in an RV and moving through many states," said a prosecuting attorney, in court.

Officials with DCS said the two children had been removed in 2016, but it didn't last. In 2018, the Bradys traveled cross country in a trailer.

After being arrested Tuesday, the Bradys told the judge why they are not flight risks.

"We are native to Arizona," said Tammie. "My family's here, and like you said, we just signed the lease on the house and we're not going anywhere."

According to police, a witness saw the kids get abused at Yellowstone National Park. Detectives pinged Lee phone and found them in Camp Verde. Deputies recovered the kids on October 8.

Since her arrest, Tammie has denied the allegations.

Police said Lee has admitted to zip-tying his son's shoes together, and making him shower under a water spigot outside.

The Bradys both have a $30,000r cash bond. Their preliminary hearing is set for December 2.