Child fighting for their life, teen badly hurt in I-10 crash in Phoenix

PHOENIX - A crash that injured two juveniles caused all westbound lanes near 43rd Avenue and I-10 to close for an investigation in Phoenix, ADOT says on Saturday night.

Phoenix Fire says two people were taken to the hospital following the crash around 7 p.m. A child is in extremely critical condition and a teenager is stable.

The lanes have since reopened. 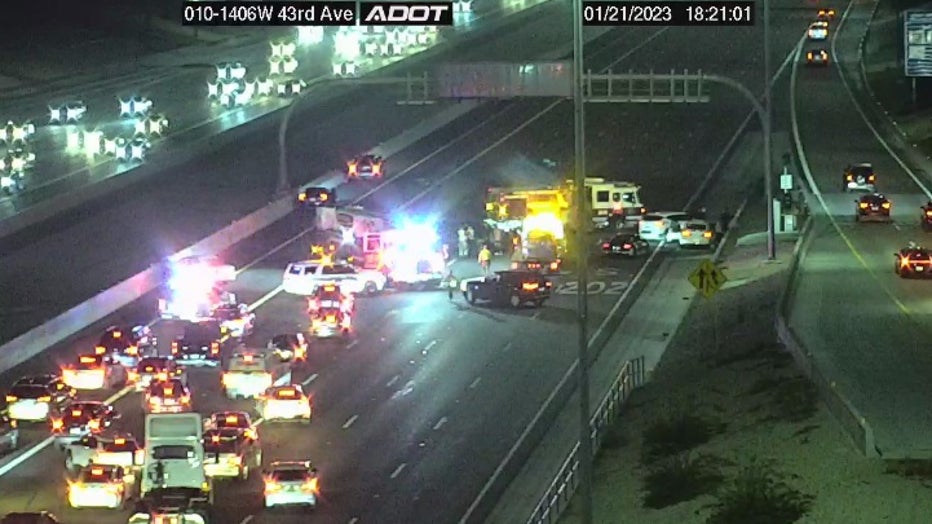