GLENDALE, Ariz. - A suspect has been arrested after Glendale police released surveillance video showing a shooting in the parking lot of a liquor store last month that left two people injured and one man dead.

On March 11, police say 31-year-old Jose "Timmy" Reyes was arrested in connection to the shooting.

The victim in the incident was identified by authorities as 32-year-old Tyler Helies-Milligan. 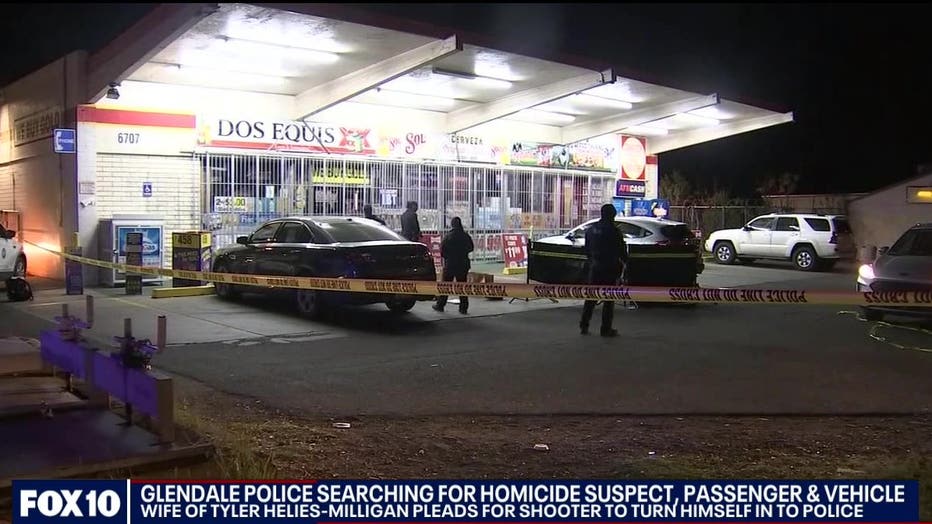 The incident happened at around 11:30 p.m. on Feb. 12, near 67th and Glendale avenues. Tyler's brother told dispatchers that a bullet grazed him, with the shot coming from a gray or primer quad cab, late-90s to early-2000s Chevrolet pickup truck.

Moments later, Tyler gets out of the driver's seat, and the driver of the truck was seen opening fire in the video.

Just earlier that night, Tyler was with his wife, Amanda Breen. She thought he'd come back after getting cigarettes, not knowing she would never see him again.

"That little quick kiss, you know, that you give before they walk out the door, I didn't think that was gonna be my last one," said Breen. "It's hard. It's definitely hard because nobody deserves this. We were actually talking about going to get our rings sized this weekend."

First responders tried life-saving measures, but Tyler did not survive.

"Why somebody would do something like that to a complete stranger? Like, how evil can you be?"

Police say Tyler and his brother went to the store initially and may have acknowledged the suspect and person of interest, but the brothers left before returning minutes later. No other interaction transpired.

"So, there was no fight, no scuffle," said Officer Tiffany Ngalula with Glendale Police. "We don't even believe there were any words exchanged."

Tyler was a father of three, sharing two kids with Breen. Their children, a 3-year-old boy, and a 1-year-old girl, have no idea their father is gone.

"I'm gonna miss the way he looks at our children and those small things that truly matter," said Breen. "This is really hard. Like, I wish he was with us, you know?"

According to court documents, the suspect's vehicle was found by the Phoenix Police Department on Feb. 22. The vehicle, a black and gray truck, had been painted black. The vehicle's rims, which were spray-painted black, do not appear to be the same as the ones in the surveillance video. Police believe they were recently changed because of loose lug nuts.

The front grill of the vehicle was also missing, however, a grill with a Chevrolet emblem that was found in the bed of the truck is consistent with the grill seen in the surveillance video.

The truck seen in the surveillance video also had front and rear-end damage, as well as a missing front bumper -- the vehicle found by Phoenix police is consistent with this.

After speaking to witnesses, police identified the driver as the truck as a man named "Timmy," who investigators were able to identify as Reyes.

Police learned Reyes had been arrested on Feb. 19 for unrelated felony charges. After obtaining a search warrant, police found goggles at Reyes' home which matched the description of the goggles worn by the suspect during the shooting.

Reyes was interviewed by police on March 5 and while he admitted to driving the suspect vehicle, he claimed he was not the shooter.

Reyes would not tell police where he was on the night of the shooting and said the truck was not stolen, but "the guy that had it got arrested."

Reyes claimed a girl then gave him the truck and told him it was not stolen.

When asked why he did not call police when seeing the truck on local news, Reyes said, "because it's not my job to do that man."

Reyes is accused of second-degree murder. 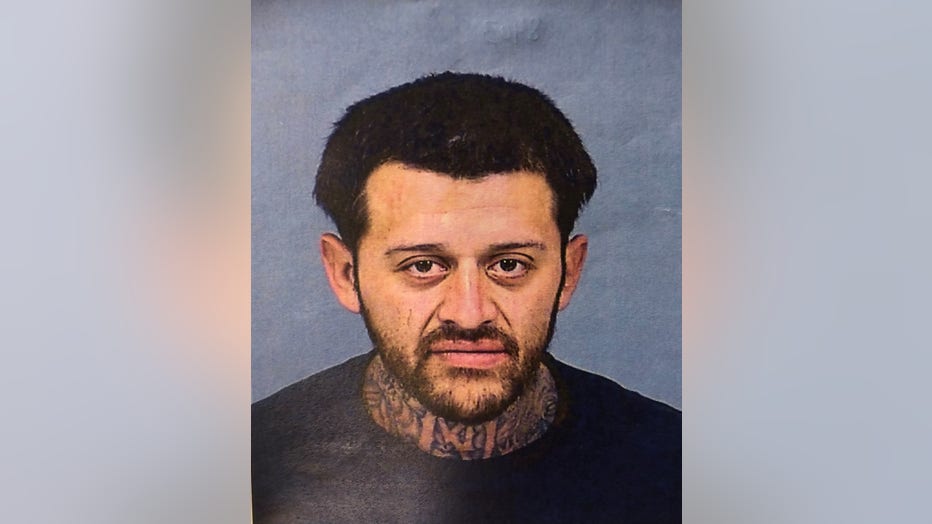 The passenger in the suspect vehicle has not been identified.

"The passenger in the suspect vehicle is also shown in the video and is considered a person of interest. Please do not approach the vehicle or the individuals," stated Ngalula.

If you have any information about this case, contact the Glendale Police Department at 623-930-3000 or Silent Witness at 480-WITNESS. You can remain anonymous and receive a cash award for tips leading to an arrest or indictment. 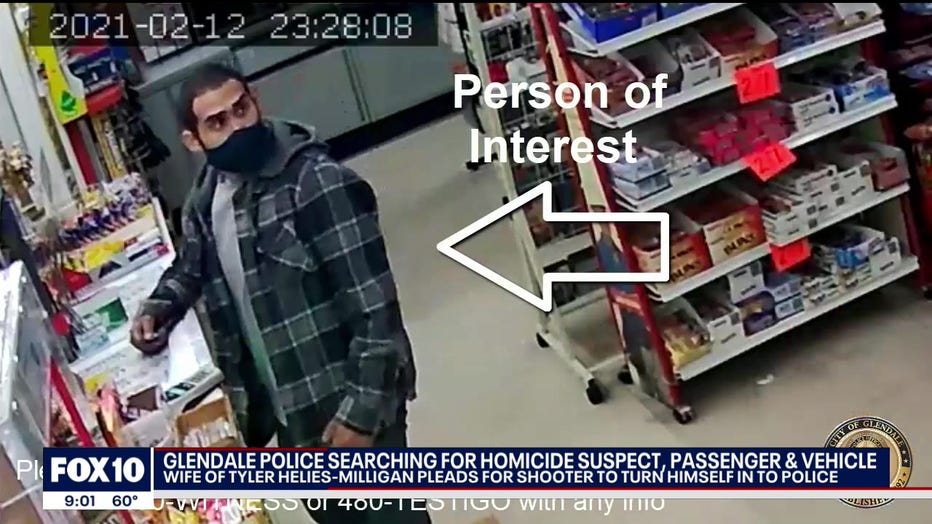