PHOENIX - Police say a woman has been arrested after she stole an ambulance that was involved in a crash in downtown Phoenix overnight.

According to the Phoenix Police Department, 29-year-old Kimberly Vasich climbed a fence at a Phoenix Fire Station near 15th Avenue and Pierce Street and stole an ambulance.

When Vasich didn't stop for officers who were trying to pull her over, police used spike strips to stop the ambulance.

The ambulance crashed into a chain-link fence near Ninth Avenue and Washington and Vasich was arrested.

Vasich has been booked into jail on charges of criminal trespass, burglary and theft of means of transportation.

No one was injured in the crash. 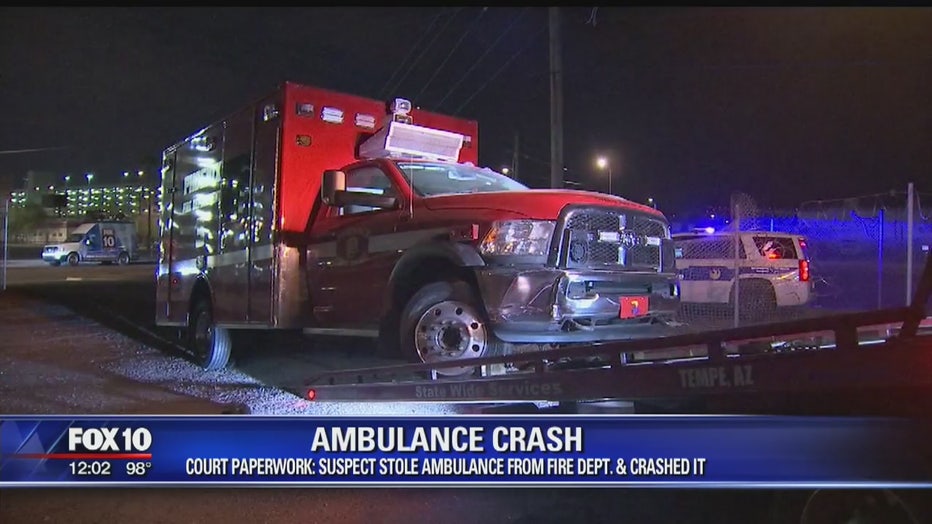