Woman accused of killing her husband in north Phoenix

PHOENIX - Phoenix Police officials say they have arrested a woman in connection with a shooting that left her husband dead.

According to a statement released by police Sunday afternoon, officers responded to a home in a neighborhood south of Deer Valley Road and 35th Avenue, at around 2:00 a.m. on March 21.

The victim was identified as 50-year-old Brandon Smith, officials said.

The wife, 52-year-old Diane Smith, was taken into custody after officers arrived. Brandon Smith was taken to the hospital in extremely critical condition, but later died as a result of his injuries. The 14-year-old was not hurt.

The family dog was also shot, according to official documents.

Court documents say the daughter had woken up to gunshots and saw her father lying on the floor with gunshot wounds along with her mother holding a rifle.

Diane said she thought her husband was an intruder, and later told police that she shot two people that were trying to break into her house to kill her, documents said.

She also reportedly believed that the victim and his family had a plot to kill her.

Smith has been booked into jail and faces charges including second-degree murder, animal cruelty and endangerment. 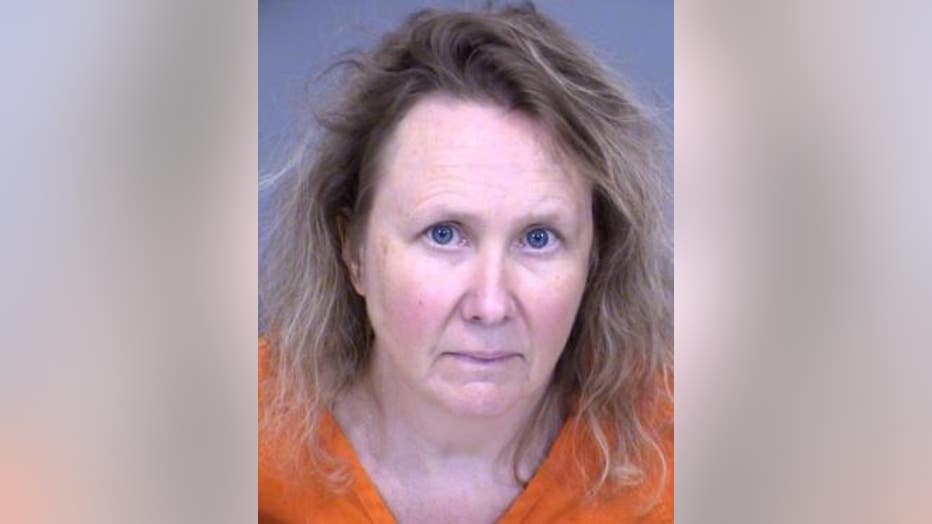