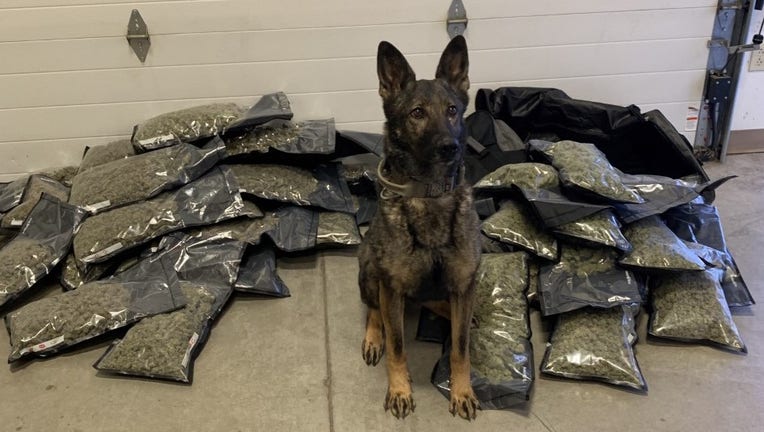 ASH FORK, Ariz. - During a traffic stop on Interstate 40 near Ash Fork on Jan. 7, a Yavapai County Sheriff's Office deputy detected a odor of marijuana emanating from a Toyota Highlander.

According to YCSO, the driver, 50-year-old Phatsavong Rasasy from Alabama, was extremely nervous and deceptive in his answers while talking to the deputy and initially denied that there was any marijuana in the vehicle. He later stated there was a small amount of marijuana, some of which he smoked earlier.

"Based on a reasonable suspicion that Rasasy was involved in illicit drug activity, and following his refusal to allow a search, the deputy deployed his certified K9 partner Haddie for an exterior sniff around the vehicle. Following Haddie’s alert to the odor of drugs, a search was conducted," stated YCSO's Dwight D'Evelyn.

The deputy later found 22 pounds of marijuana in a duffle bag and another 20 pounds under a blanket in the back seat.

YCSO says Rasasy, admitted to transporting the marijuana from northern California to an eastern state and had been paid several thousand dollars. 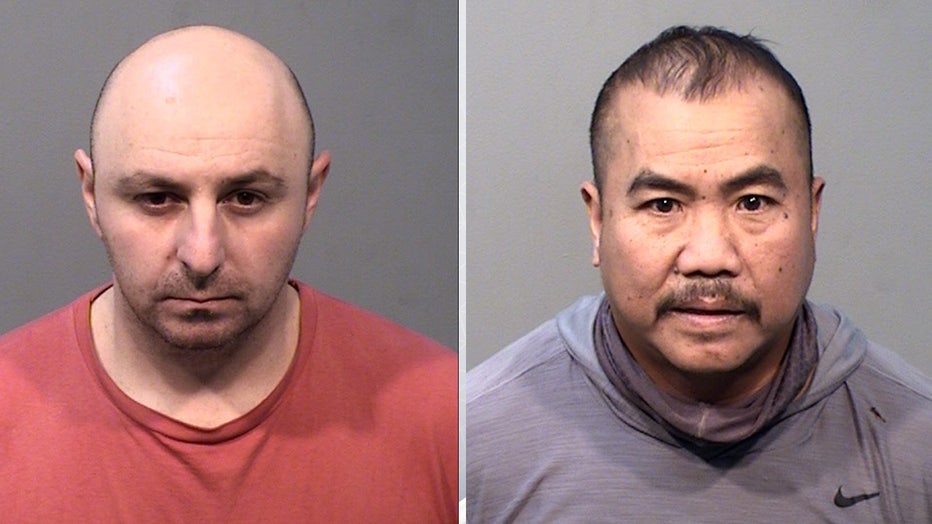 On Dec. 30 during another traffic stop on I-40 near Ash Fork, a YCSO deputy detected the odor of raw marijuana coming from a Nissan Altima.

YCSO says the driver, 34-year-old Samson Budagyan from California, was deceptive in answering questions. The deputy saw several wrapped Christmas gifts in the vehicle, which Budagyan claimed were for his children.

Budagyan did not consent to a search of the Nissan and the deputy's K9 partner Maximus sniffed around the exterior of the vehicle. After alerting to the odor of drugs, a search was conducted. 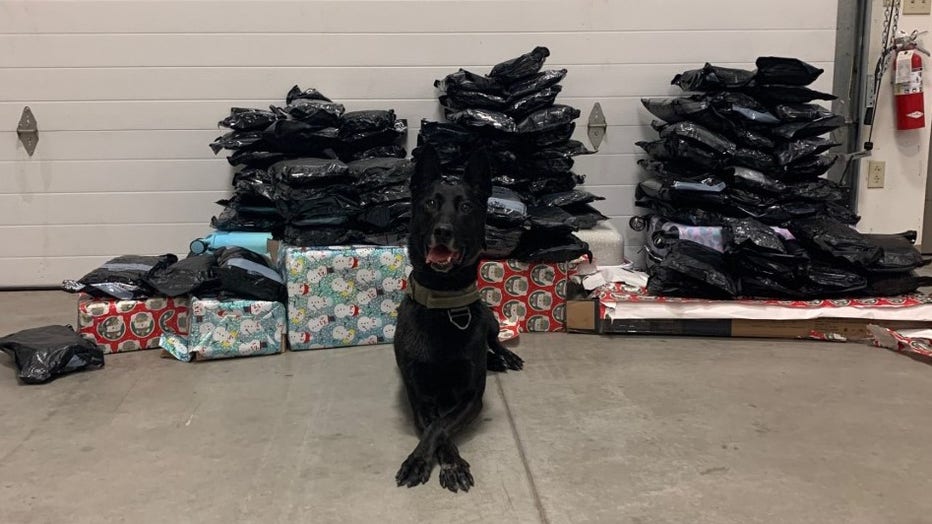 "During a search inside the Nissan, deputies found several vacuum sealed packages of marijuana concealed in boxes wrapped with Christmas paper, along with three suitcases in the trunk area also containing marijuana. A total of 95 pounds of marijuana was seized," stated D'Evelyn.

Glendale Police officials say they are looking for a suspect in connection with a brutal store robbery on Jan. 12.

Man pleads not guilty to discarding human remains in Arizona

Authorities say they tied Walter Mitchell to the body parts that included legs, arms, and heads through tags and medical gauze that were found with the remains outside Prescott in late December.

A Prescott Valley woman is accused of driving drunk and swerving into the lane of a police officer on Jan. 12.