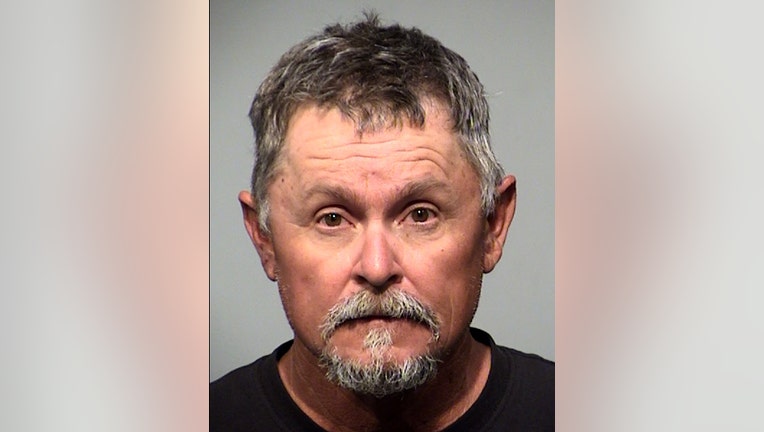 DEWEY, Ariz. - A man living to the east of Prescott is in jail after a fight at a golf course left a 47-year-old man badly injured, according to officials with the Yavapai County Sheriff's Office.

In a statement released on May 6, officials with YCSO identified the suspect as 51-year-old Clint Hughes of Dewey. The incident happened at Quailwood Greens Golf Course. Prescott Valley Police were called out to the scene for calls of a man down at around 10:30 p.m., where they found the 47-year-old.

According to investigators, the victim was involved in a fight with Hughes. Hughes allegedly drove his Ford F-350 truck into the other, and stabbed the victim in the face with a knife.

The victim, according to officials, was taken via helicopter to a Phoenix hospital. He is being treated for serious, but non-life-threatening injuries.

Hughes, officials say, fled the scene, but he later turned himself in to police. He is accused of attempted homicide, aggravated assault and endangerment.