These are the 5 longest-lasting tropical cyclones on record

LOS ANGELES - Hurricane Dorian has been a tropical storm for 12 days, and while that likely feels like an eternity to those weathering the worst of it, it’s nowhere near the longest-lasting tropical cyclone on record.

Hurricane Dorian began as a a tropical depression on Saturday, Aug. 24 and strengthened into a tropical storm later that day before being officially designated a Category 1 hurricane at about 2 p.m. EDT on the afternoon of Aug. 28. To make it into the top five longest-lasting tropical cyclones, Dorian would have to remain a tropical cyclone for another 12 days.

According to The Weather Channel, tropical cyclones that last for long periods of time or that travel very far occur when there’s minimal interaction with land to weaken them, or if they take erratic paths across water when steering winds weaken.

Here’s a look at the five longest-lasting tropical cyclones recorded by the Hurricane Research Division of the Atlantic Oceanographic & Meteorological Laboratory at the National Oceanic and Atmospheric Administration. 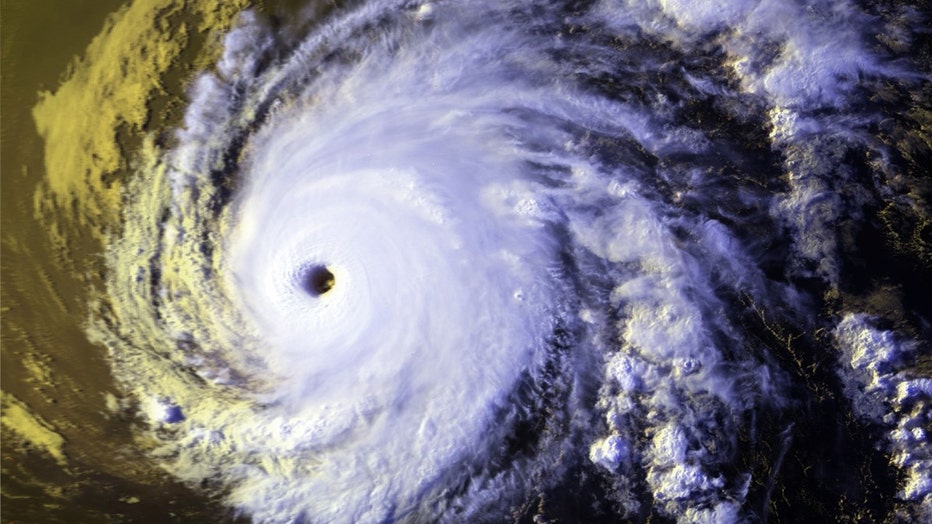 This image shows Hurricane John near peak intensity on August 24. The storm's maximum sustained winds at the time were about 160 mph. Hurricane/Typhoon John is the longest tropical cyclone on record, lasting 31 days. (NOAA)

“Hurricanes and typhoons are the same weather phenomenon: tropical cyclones,” the NOAA explains. “In the North Atlantic, central North Pacific, and eastern North Pacific, the term hurricane is used. The same type of disturbance in the Northwest Pacific is called a typhoon. Meanwhile, in the South Pacific and Indian Ocean, the generic term tropical cyclone is used, regardless of the strength of the wind associated with the weather system.”

The San Ciriaco Hurricane of 1899 lasted for 28 days and took a C-shaped path from southwest of the Cape Verde Islands off Africa’s eastern coast, through the Lesser Antilles, and then through Puerto Rico, Hispañola, the Bahamas and eastern North Carolina before curving off over the northern Atlantic.

It claimed a total of 3,369 lives in Puerto Rico, making it the deadliest hurricane in the island’s history — Hurricane Maria, which devastated the island in 2018, had a recorded death toll of 2,975

Hurricane Ginger was a tropical cyclone for 27.75 days, lasting from Sept. 6 - Oct. 3, 1971. It was classified as a hurricane for 20 consecutive days, beginning on Sept. 11. It’s known not only for longevity, but for its circular track as well.

Hurricane Ginger formed northeast of the Bahamas and traveled generally eastward toward Bermuda for nine days, then it basically did a 180 and doubled back over its previous track before veering off northwestward toward the North Carolina coast.

Hurricane Ginger was also the final hurricane that Project Stormfury sought to weaken by depositing silver iodide into the cyclone’s rain bands.

Typhoon Page, known as Typhoon Tering in the Philippines, was the sixth tropical cyclone of 1990. It lasted for a total of 26 days, developing near the International Date Line on Nov. 5, 1990, and culminating on Dec. 3.

Hurricane Inga lasted for 24.75 days. It formed on Sept. 20, 1969, and finally fizzled out more than three weeks later on Oct. 15 as it approached the northwestern side of Russia.