PD: 14-year-old driver involved in serious crash near I-17 and Central Avenue

PHOENIX - Phoenix police say one of the boys has died from his injuries. He's identified as 12-year-old Ezekiel Moreno.

Three other boys have been injured in a Phoenix car crash involving a 14-year-old driver on Dec. 16.

The children, whose ages range from 6 to 15 years old, were seriously injured in a two-car crash near Central Avenue and the I-17 around 5:30 p.m.

Police say a 14-year-old boy was driving a Hyundai Santa Fe down Watkins Street with five other young boys. Four of them were sitting in the backseat without a seatbelt.

The boy failed to stop at a stop sign and crashed into a GMC Yukon driving down Central Avenue.

At least two boys were ejected from the car. A 12-year-old is in extremely critical condition and an 8-year-old suffered serious injuries. Two other boys were hospitalized, but their injuries are non-life threatening.

The driver of the Yukon was not injured.

Phoenix Police say impairment did not appear to be a factor in the crash. 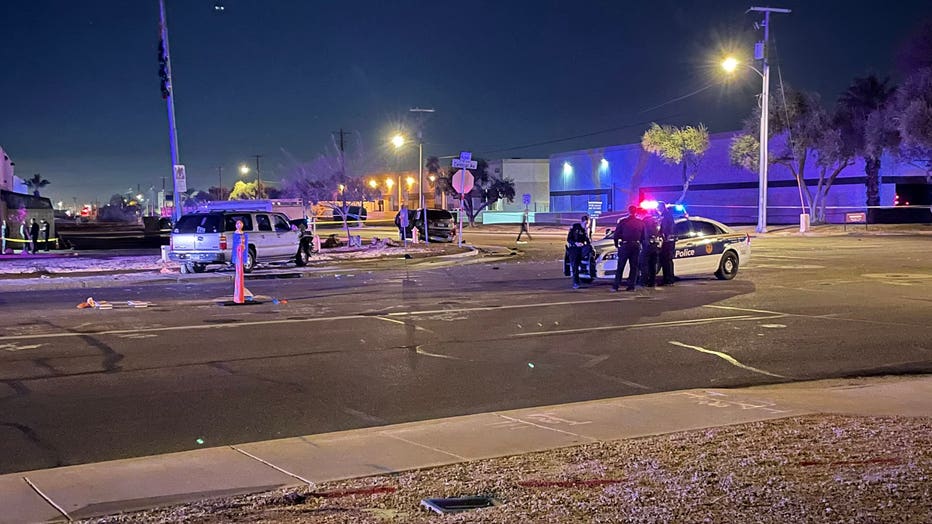