Investigators are revealing new details surrounding a domestic violence shooting in the West Valley that ended with the death of a woman. The suspect, who was the victim's husband, made an initial appearance in court on Jan. 18. FOX 10's Stephanie Bennett reports.

BUCKEYE, Ariz. - A man who allegedly walked into a Buckeye police station early Tuesday morning saying he shot his wife has been arrested.

According to police, the shooting happened during the early-morning hours of Jan. 17 near Verrado Way and Yuma Road.

The suspect, identified as 54-year-old Hercelyn Mayo, reportedly walked into the police station about 45 minutes after the shooting happened and told officers that he shot his wife after the pair had an argument.

Officers then went to the home and found 52-year-old Charon Mayo in bed with multiple gunshot wounds. She was pronounced dead.

"Investigators later learned Hercelyn had left the scene shortly after the shooting and drove to a relative's home before going to the police department to report the incident," police said.'

Hercelyn made an appearance in court on Jan. 18.

According to court documents, Hercelyn drove to his brother's house after the shooting and asked him to come to the police station because he "had done something bad."

"Only upon contacting police did [Hercelyn's] brother know what had occurred," read court documents. 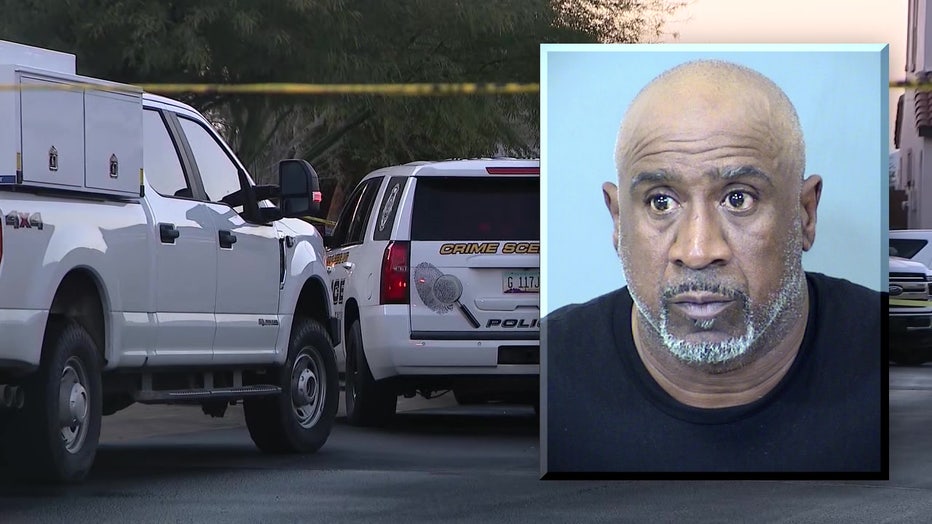 Hercelyn and his wife had allegedly been arguing for days after Charon reportedly said she wanted a divorce. During an interview with police, Hercelyn claimed that his wife's handgun was not on her nightstand, and as he was leaving the bedroom, he saw her reach for something.

"[Hercelyn] said seeing this he fired his gun once or twice from the doorway," court documents read.

After firing his gun, Hercelyn said he placed it on the bed next to his wife.

Investigators say blood spatter on Herceyln's shirt indicates that he was closer to his wife when he opened fire. Additionally, shell casings were not found by the doorway and Charon's "wound appeared to be caused from a close shot."

"The victim was laying on her side and was under the comforter and sheets of the bed as if she was asleep or preparing to go to sleep," court documents read.

Hercelyn was booked into jail and is accused of first-degree murder. He also has prior felony convictions, which prohibit him from owning a gun.

"When asked about the convictions, he admitted he was aware he was not allowed to own, possess, or use a gun but he did anyways for his safety," court documents read.

Hercelyn added that he and his wife "were always armed when they left the house."

Hercelyn is being held on a $1 million bond.

If you believe you are a victim of domestic violence, help is available. Call the National Domestic Violence Hotline at 1-800-799-SAFE (7233), or text START to 88788. A live online chat is also available.