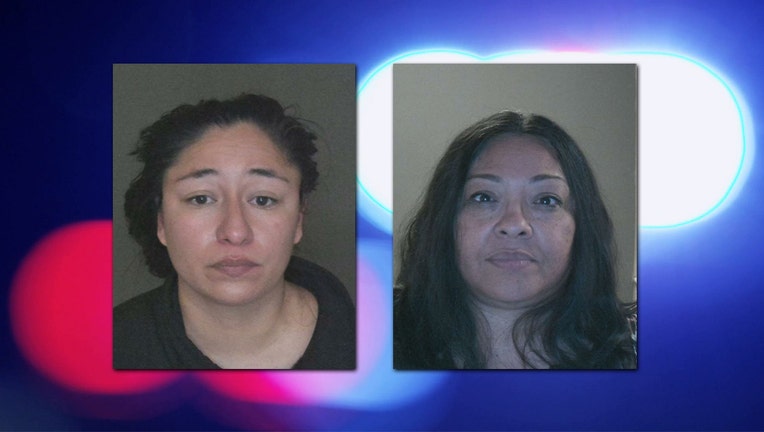 RANCHO CUCAMONGA, Calif. - Two child care employees in Rancho Cucamonga were arrested Thursday for child abuse after an 8-month-old boy in their care suffered a skull fracture and authorities believe there may be additional victims.

Rudie Megan Maldonado, 29, of San Bernardino, and Felicia Ann Ferra, 50, of Yorba Linda, were arrested for conspiring to conceal the victim's injuries and child abuse.

On Sept. 4, the San Bernardino County Sheriff’s Department Specialized Investigations Division, Crimes Against Children Detail responded to the Loma Linda University Medical Center Pediatric Intensive Care Unit in response to allegations of physical abuse to an 8-month-old boy with a skull fracture. The infant attended the Kiddie Academy in Rancho Cucamonga, where the two suspects are employed.

Maldonado was arrested and released on $100,000 bail. After an arrest warrant was issued for Ferra, she turned herself in at West Valley Detention Center.

Photos of the suspects were released by authorities, as investigators believe there may be additional victims. Anyone with information about this investigation is asked to contact Deputy Roger Alfaro at 909-387-3615.

When FOX 11 reached out to Kiddie Academy to see if the pair were still employed, we were given the following statement:

"We are aware of the allegations against an assistant teacher and the director of our Rancho Cucamonga Academy.  We are committed to cooperating fully in support of the investigation by local agencies and to the implementation of any recommendations or actions arising from their findings.    We are a local, family‐owned independent business and parents ourselves, who care deeply about the children in our care and our community. There is nothing more important than creating a nurturing and safe environment for the children in our care, and their families – it is our life’s commitment.  Our team is dedicated to sound leadership decisions, swiftly addressing concerns, aligning with local licensing bodies and ensuring that the trust of each family is earned and maintained. We will continue to fully cooperate with local authorities during their ongoing investigation. Kiddie Academy of Rancho Cucamonga is an independently owned and operated franchise location."

Additional details were not immediately available.