2 dead in I-10 crash between Phoenix, Tucson

The Arizona Department of Public Safety says the crash happened just before 4 a.m. along the eastbound lanes of I-10 at milepost 208 near Eloy on Tuesday.

Investigators say a sedan had been exiting the highway when it rear-ended a commercial vehicle that was parked along the emergency shoulder.

The collision sent the car spinning into another commercial vehicle driving down the roadway. Both the driver and passenger in the sedan were killed.

Video from SkyFOX showed a smashed blue vehicle partially under a FedEx truck.

Impairment is not suspected as a factor in the crash. 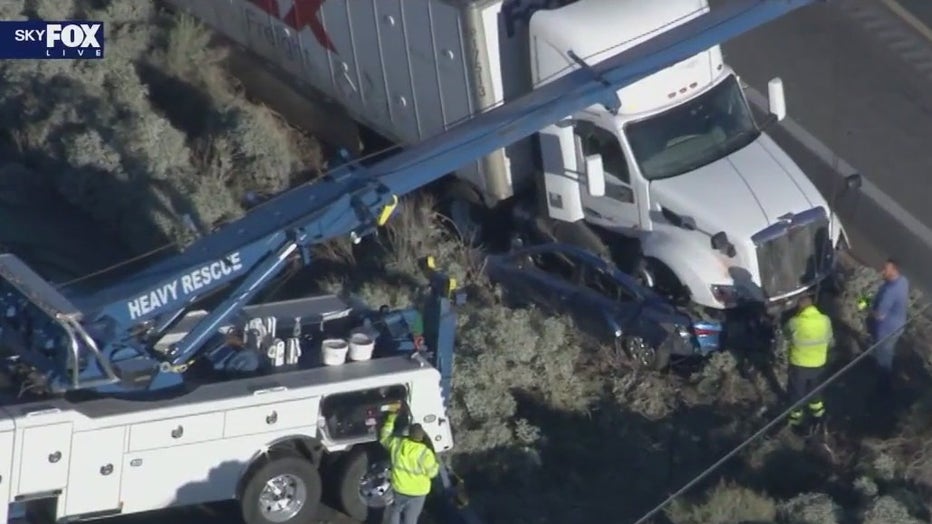 Authorities say two people are dead following a crash along Interstate 10 between Phoenix and Tucson.