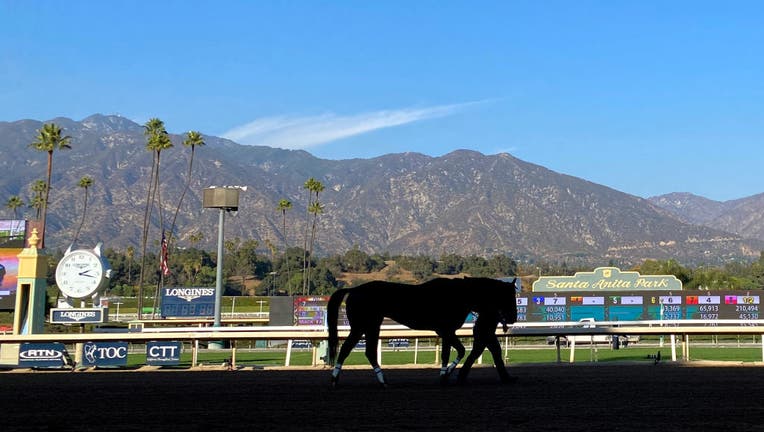 Arcadia, CA - December 26: A rider walks his horse along the track during opening day of horse racing at Santa Anita Park in Arcadia on Saturday, December 26, 2020. (Photo by Keith Birmingham/MediaNews Group/Pasadena Star-News via Getty Images)

Trained by Peter Miller, Ebeko was lagging the field when he injured his left front leg at the top of the stretch in the 1-mile turf race, throwing jockey Joel Rosario to the ground.

The colt was triaged on the turf course, but a statement from Santa Anita said veterinarians determined it was an unrecoverable injury. The colt was euthanized. Ebeko will undergo a mandatory necropsy at the University of California, Davis, School of Veterinary Medicine.

Rosario was examined by first aid staff and although he skipped the next race, he was approved to ride the rest of the day.

Ebeko had two wins in eight career starts and earnings of $122,930, according to Equibase.

It was the first racing fatality at Santa Anita since June 20. The track didn’t have any racing or training incidents during the fall meet and hasn’t had a fatality on the main dirt track during racing this year. The track’s winter-spring meet opened on Saturday.