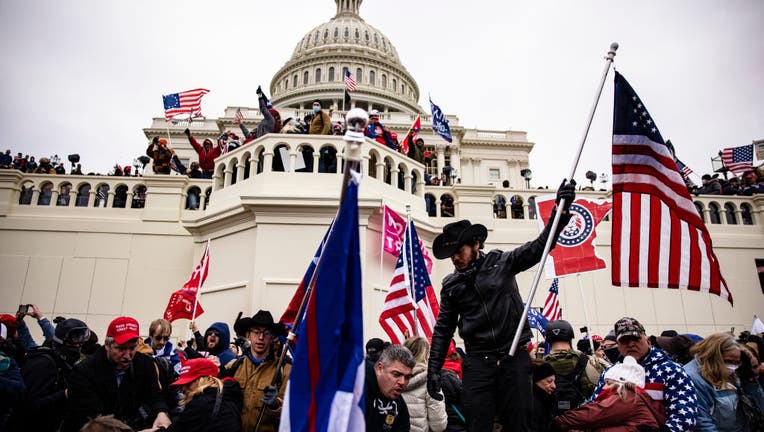 LOS ANGELES - Three Beverly Hills residents were arrested over the holiday weekend by the Federal Bureau of Investigation in connection with the Capitol riot.

Three Beverly Hills residents were arrested over the holiday weekend by the Federal Bureau of Investigation in connection with the Capitol riot.

Gina Bisignano, 52, was arrested Tuesday. John Strand, 37, and Simone Gold, 55, were arrested on Monday. The FBI made the arrests, assisted by the Beverly Hills Police Department. All arrests occurred without incident.

All three were charged with knowingly entering or remaining in a restricted building or grounds without lawful authority, violent entry and disorderly conduct on Capitol grounds.

Bisignano faces additional charges of civil disorder, destruction of government property, aiding and abetting and obstruction of an official proceeding.

The defendants were expected to appear in federal court Tuesday afternoon in downtown Los Angeles for an initial appearance.

Bisignano is the owner of Gina's Eyelashes and Skincare in Beverly Hills. According to the criminal complaint, video from the Capitol riot shows Bisignano in a crowd of rioters struggling with police officers in a sallyport attempting to gain entry to the Capitol. Authorities said she stated her name, place of residence and Instagram account in the video, which is now being used as evidence. 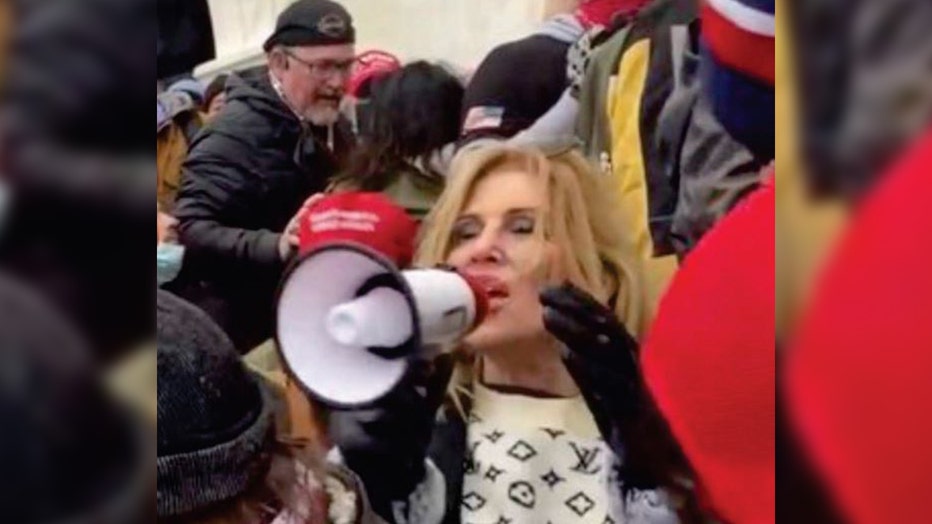 At one point during the video, Bisignano allegedly yells to the crowd with a bullhorn, saying, "…Gina’s Beverly Hills…Everybody, we need gas masks…we need weapons...we need strong, angry patriots to help our boys. They don’t want to leave. We need protection." 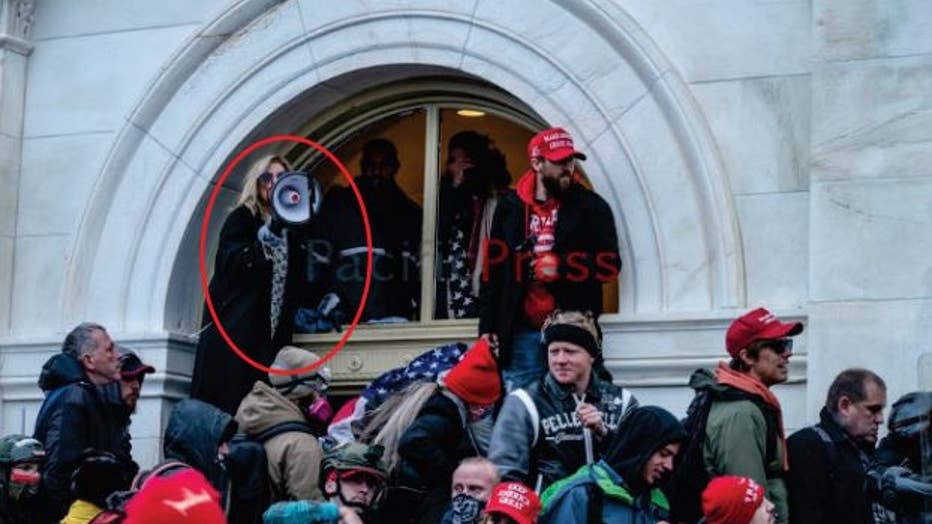 As she was speaking, riots roughly 10 feet away were physically assaulting police officers who were trying to stop the mob from gaining entry into the Capitol, the criminal complaint states.

Gold, a former Southland emergency room doctor, was seen in an online video holding a bullhorn and making a speech inside the Capitol building during the Jan. 6 siege. 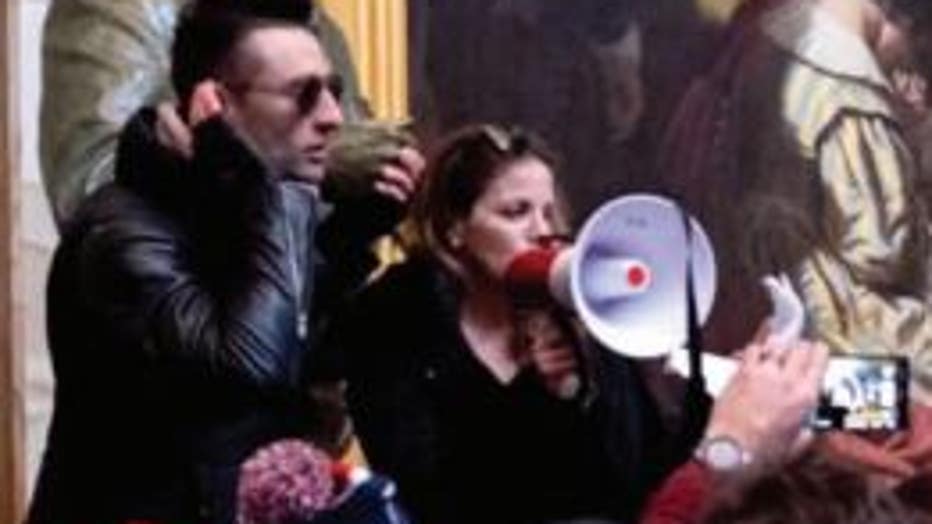 Last year, Gold -- founder of the group America's Frontline Doctors -- promoted the drug hydroxychloroquine as a coronavirus treatment despite evidence that it is not effective and causes serious side effects. She has also raised unfounded concerns about COVID-19 vaccines, which she has called an "experimental, biological agent deceptively named a vaccine." 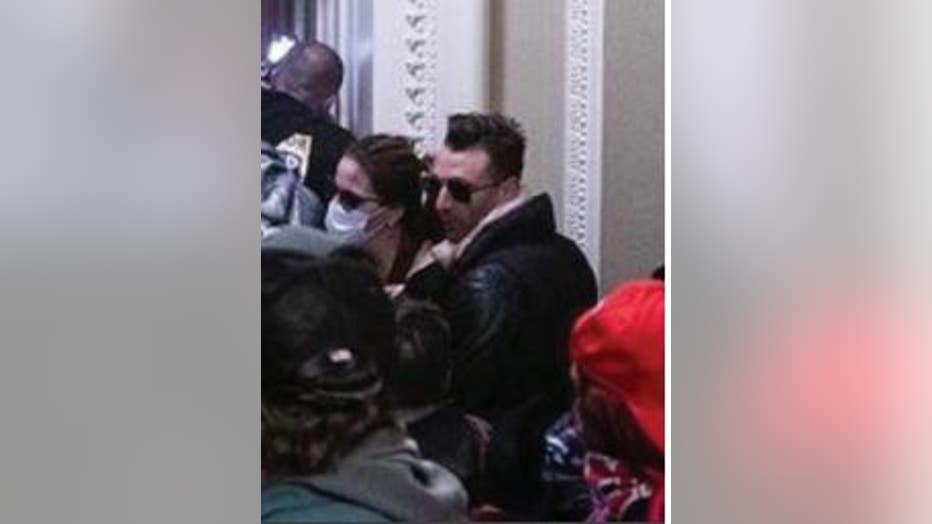 Strand is the communications director of Gold's group, which gained national attention last July when she and other physicians appeared in front of the Supreme Court to decry pandemic lockdowns and criticize government efforts to stop the spread of the virus. Video of the event organized by conservative activists went viral after being retweeted by President Donald Trump.

The U.S. Capitol was overrun by supporters of President Donald Trump on Jan. 6 as lawmakers convened for a joint session to confirm the Electoral College vote won by President-elect Joe Biden. Rioters were seen scaling the sides of the building, shattering windows and forcibly gaining entry to the nation's Capitol.

RELATED: Glendora man arrested for his involvement in the Capitol riot

The riot left five people dead, including Capitol Police Officer Brian Sicknick, who was hit in the head by a fire extinguisher. Another officer died in an apparent suicide after the attack.

According to the FBI, more than 100 arrests have been made in connection with the Capitol siege. More than 200 case files have been opened.