3 elementary schools in Glendale had to end classes early on Wednesday after a car crash involving a power pole plunged the schools into darkness. FOX 10's Brian Webb reports.

GLENDALE, Ariz. - Three elementary schools in Glendale have been closed due to power outages.

According to the Glendale Elementary School District, Bicentennial South, William C. Jack and Don Mensendick schools will be closed for the rest of Wednesday. Officials said the power outage was caused by a car that hit a power pole in the area.

"The lights were off in the restroom and it was dark in there and I had to go," said Damien Morales, who attends Bicentennial South Elementary School.

The power outage meant no lights, and also had other impacts for modern-day schools.

"Including our fire alarms," said spokesperson Jim Cummings. "Disruption in classrooms. All teachers use smartboards, and it also affects wifi."

The district says parents can pick up their children at any time, as well as siblings at neighboring schools. If a child remains at one of the closed schools, lunch will be provided for them.

"They were having problems with the lights and didn't know when they would be fixed, but the kids are OK," said parent Melissa Carter. 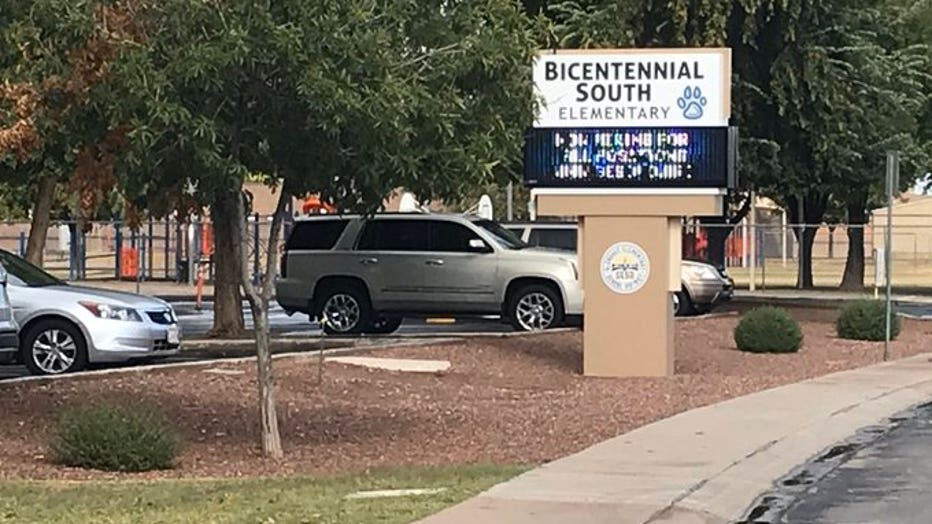 News of the school closures brought a screeching halt to many parents' plans Wednesday.

"I was in a dentist appointment, and yeah, I had to be rushing to come and get him," said parent Elvira Morales.

Wednesdays are half-days for students at Glendale Elementary School Districts, bur for some, to go home earlier was even better.

School is expected to be back on schedule on Thursday.