COOLIDGE, Ariz. - The oldest family-run business in Coolidge is closing its doors.

The Coolidge Cleaners has been in the Central Arizona community for 74 years. When they first opened, Coolidge Avenue was just a dirt road.

"Across the street was a car dealership and a bakery and a dress shop and a gas station," said Stephanie Dobbs, who worked at the cleaner for 20 years.

Since then, the business has been a staple in the community. Unfortunately, the family now has some health issues, so they have to close.

"My heart is broken. I want another 20 years," said Dobbs.

Since Reed Tyus opened the business in 1946, it's been the only cleaner in the area, serving the community and providing clean, freshly pressed clothing. Reed's son, Jim, now owns the business.

Dobbs has spent decades perfecting her skills on the original equipment.

"Our dry cleaning machine, our presses, things like that, they're all from the 50's and 60's so they're antiques almost," said Dobbs. 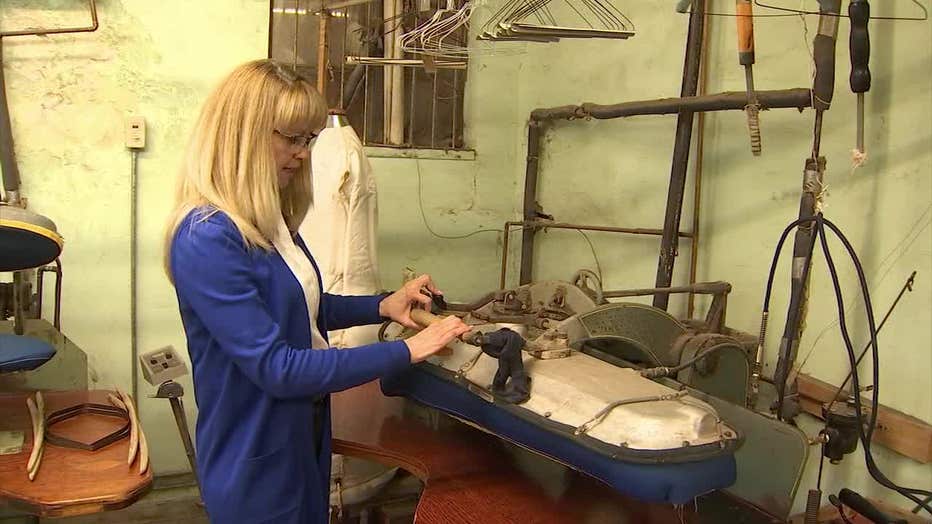 Dobbs says it may be hard to believe, but even after all of these years, she'll miss doing laundry. She, along with many others, are sad to see this little historic piece of the community go.

"I enjoy doing the dry-cleaning and the laundry and the pressing, and I like making the clothes look nice," said Dobbs. "My customers, the people that come in here are the best in the world. They almost become friends. I look forward to them coming back to pick up their clothes or coming in to drop something off."

The cleaners will officially close on December 20th. Currently, people can only pick up any remaining clothes.