AHWATUKEE, Ariz. - An Ahwatukee man is hoping to save lives by sharing his story of survival. 58-year-old Ed Kriesel was diagnosed with a rare disease known as alpha-1, and he recently underwent a double lung transplant.

Before the transplant, Ed's lungs were working at 20 percent capacity. He says his disease took so long to diagnose because doctors often misdiagnose it as asthma. He hopes other people will hear his story and learn about the disease before it's too late.

Ed's day revolves around taking his 28 medications. Just three months ago he had a double lung transplant, but the cyclist and water skier's journey started long before that.

In 2007, he was constantly short of breath and his doctors didn't have any answers.

"He kept giving me antibiotic after antibiotic thinking I had a virus," said Ed Kriesel.

But Ed persisted and finally went to a specialist. One year later he was diagnosed with antitrypsin deficiency, alpha-1 for short. It's a liver disease where the blood does not produce a certain protein that protects the lungs.

"So I didn't have protection for my lungs so they continue to die off," explained Ed.

According to the Alpha-1 Foundation, one in 2,500 Americans have the disease. Because it's so rare, it takes an average of five years to diagnose.

"There are an estimated 26 million people in the country that have this that don't know," says Ed.

After his diagnosis, Ed received plasma treatments for years to sustain his lungs, but he almost succumbed to the disease.

"I got to the point now where my lung function was down by 20 percent," said Ed. 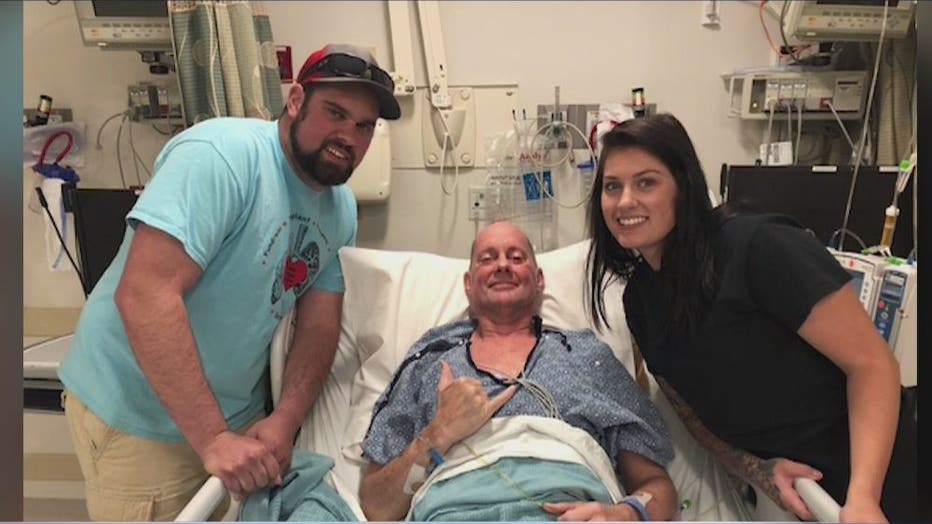 Now in his recovery, things are better than ever and he can do the things he only used to dream of.

"Just simple things around the house, I can make the bed without stopping to rest, really small things people take for granted," explained Ed.

Ed is working to get his strength back, but he is happy to report his lungs are now at 98 percent.

Now he hopes to share his story so others can use the knowledge to save their own life. He says it's important to be your own advocate and request a blood test for alpha-1. He adds he wouldn't be alive if it weren't for organ donors.