Scott, who was diagnosed with Crohn’s Disease, told FOX Television Stations the show taught him that he can do a lot more than he ever thought he could. 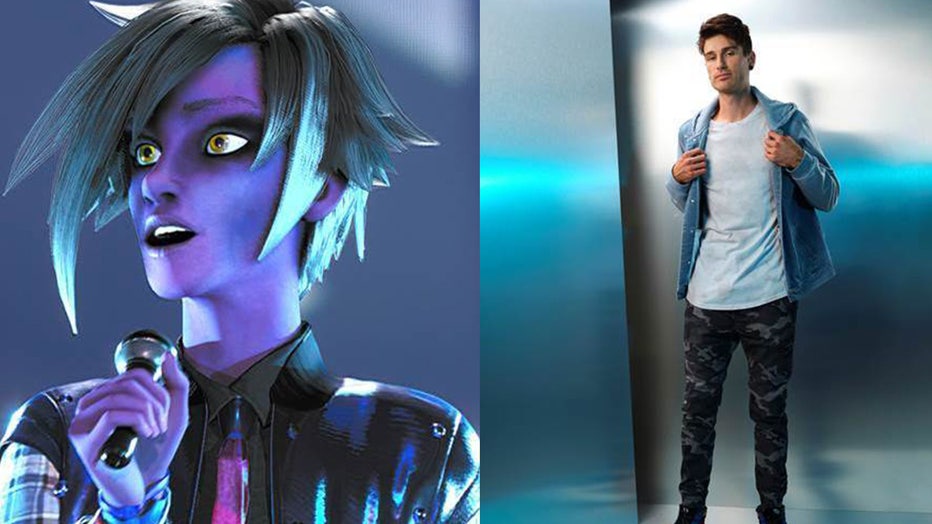 "I would say 9 out of 10 days on set at the studio I was like, ‘I’m not going to get through today,’" Thomsen revealed. "But I just kind of did it anyways."

He continued: "I just kind of reminded myself that I am capable and I’m scared, but I am going to do it anyway. There’s just no way around it."

Thomsen made it to the end of the competition, winning $100,000 and a mentorship with the judging panel — which included legendary singer and songwriter will.i.am.

Talent and technology are coming together to create a singing competition unlike anything the world has ever seen: Alter Ego. (Credit: FOX)

"We’re going to get into the studio — make some cool stuff. Really excited about the opportunity to work with Jake and the world to hear what we do together," will.i.am, also known as the founding and lead member of the musical group Black Eyed Peas, shared.

will.i.am, who has previously judged and hosted other reality competition shows including "The Voice," "Songland" and "The X Factor," noted the importance of mentorship — thanking his own mentor Jimmy Iovine for helping him become the person he is today.

"I’m blessed to have somebody in my life that has guided me," will.i.am said of Iovine.

"Let me contribute and give sound advice and help out where I can," he continued. "And, sometimes helping out is not your traditional means of helping out. Maybe it’s thinking ‘what does the singer need to help them jump this hurdle or go through this wall or go around it or over it or under it. What do they need?’ Because, each one of us needs something a little bit different, and you cannot mentor somebody the same way you mentor somebody else, because now it’s just cookie cutter."

Thomsen said he is "stoked" to have the opportunity to work with will.i.am in the future.

"He wants to work with people in the way that they need to be worked with. I don’t think people understand that the way he does," Thomsen added.

The new show, which kicked off in September, brought talent and technology together to create the world’s first avatar singing competition.

The series brings talent and technology together to create the world’s first avatar singing competition.

This means contestants did not perform as themselves. Rather, they were given the chance to show how they’ve always wanted to be seen, creating their dream avatar "Alter Ego" to reinvent themselves while showcasing their unique performance style via motion capture technology."

A whole new way to engage and connect is right around the corner," will.i.am said of the show’s impact on the future of music.

"The music industry is now forever changed after this," host Rocsi Diaz told FOX Television Stations back in Sept.

Thomsen said he hopes people who watched the show learned that they can do more than they think.

"We just sell ourselves short all the time. I hope a lot of people watched that and thought ‘maybe I can do a little bit more,’" he said.

As for whether Thomsen will officially change his name to "Dipper Scott" — it’s unlikely.

"I don’t believe so," Thomsen laughed.