WASHINGTON (AP) — Robert Mueller’s testimony sent the clearest signal yet that impeachment may be slipping out of reach for Democrats and that the ultimate verdict on President Donald Trump will be rendered by voters in the 2020 election.

Democrats had hoped the former special counsel’s appearance Wednesday would be a turning point. A Marine who served in Vietnam, Mueller is the kind of square-jawed federal prosecutor to whom Americans may have once listened as a trusted source of authority. But in this era of stark political polarization, galvanizing the public is a difficult task even if Mueller wanted to produce a viral moment, which he never seemed inclined to do. Rather than swoop in to give voice to the 448-page report , Mueller said very few words.

What Mueller did say was striking: Trump was not exonerated of potential crimes. His report found Russia interfered in the 2016 election in “sweeping and systematic” fashion. Accepting foreign campaign assistance is wrong, he agreed. But Mueller’s reluctance to engage, and his one-word answers, deprived the country of a where-were-you-when moment that could bring decisive conclusion to the probe and Trump’s role in trying to obstruct the investigation.

“It was not a hoax,” Mueller testified of Russian election interference.

The result, after more than six hours at the House Judiciary and Intelligence committees, was that the sides in Washington were retrenching to their familiar outposts, leaving voters to decide what to do next.

Trump derided Mueller’s appearance — “disaster,” he tweeted — and started fundraising off it. The president’s reelection campaign set a $2 million goal over 24 hours, it said, to counter those trying to “TRICK the American People into believing their LIES.”

Allies of the White House quickly joined in. GOP Sen. Lindsey Graham of South Carolina called Mueller’s appearance “sad.” Rep. Devin Nunes of California, the top Republican on the Intelligence panel, said the hearing was the “last gasp” of the investigation.

“It’s time for the curtain to close on the Russia hoax,” Nunes said. “The conspiracy theory is dead.”

Much was riding on Mueller’s appearance, coming months after the release of his report in April. House Speaker Nancy Pelosi is weighing liberal calls for impeachment against her own instincts for a more measured approach investigating the Trump administration and laying out the findings.

Activists on the party’s left flank have been impatient with what they see as Pelosi’s slow-walking of impeachment — but they’ve also been deferential to her strategy. More than 85 House Democrats have called for the House to begin impeachment proceedings, and more lawmakers are expected to add their names after Mueller’s testimony.

Yet even though Democrats hold the House majority, they’re far from the 218 votes that would be needed to approve articles of impeachment. With Republicans controlling the Senate, many Democrats warn moving forward is a political dead end.

“If we have a case for impeachment, that’s the place we will have to go,” Pelosi said afterward.

Mueller, in his testimony, didn’t push the issue any further. While Mueller’s team declined to prosecute the president, in part because of a Justice Department opinion against indicting a sitting president, the report also suggested other remedies, including in Congress. Asked about impeachment as an option Wednesday, Mueller refused to comment on it.

The former special counsel was always going to be a reluctant witness who wanted his report to speak for itself. Democrats knew what they would encounter even if they were hoping for a Mueller of a different vintage, from his time leading the FBI after the Sept. 11, 2001, terror attacks.

Instead, they saw a less forceful public presence, hard of hearing at times, hesitant to answer many of the questions, but one still skilled enough in the ways of Washington to not read his report in a way that Democrats could exploit.

When Rep. Ted Lieu, D-Calif., asked if Mueller would read a certain section from the report, Mueller turned the tables: “I’m happy to have you read it.”

Republicans had their own expectations and tried to portray Mueller as an actor in an elaborate attempt to undermine Trump’s election. Their revived their long-running theory about the origins of the report during Hillary Clinton’s campaign and posed questions that seemed well designed to be replayed on conservative media, even if they, too, found Mueller’s answers were not entirely fulfilling.

It had all the trappings of a classic Washington political drama, yet brought little closure.

Even if Mueller had been a more eager player, he may not have been able to make a more convincing case. Gone are the Watergate-era hearings, when lawmakers crossed party lines to engage critically over then-President Richard Nixon. The impeachment proceedings against Bill Clinton changed that dynamic, and the partisan divide since has only deepened to a point of rupturing whatever’s left of political comity.

Still, Mueller’s appearance was far from a political loss for either party. Ahead of the 2020 election, both are trying to reach the slice of Americans who have not hardened to partisan positions.

Perhaps Mueller’s testimony, with his button-down lawyer’s approach, reached some of them.

As voters consider what they’ll do, Mueller did leave them with one definitive point — a warning about what happened in 2016 and a plea that they pay attention to what may be coming.

“Over the course of my career, I’ve seen a number of challenges to our democracy,” Mueller said. “The Russian government’s effort to interfere in our election is among the most serious. ... This deserves the attention of every American.” 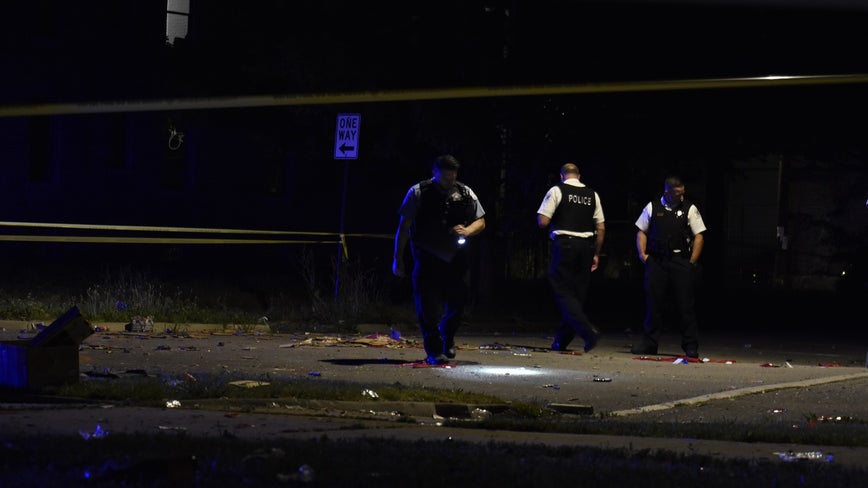