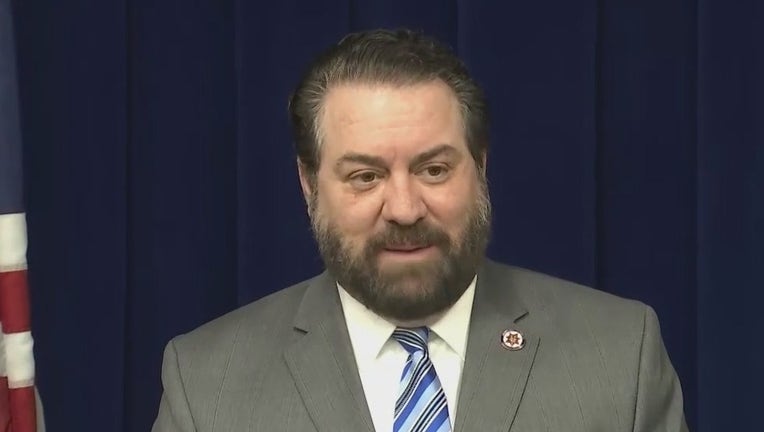 PHOENIX - Arizona's Attorney General filed yet another lawsuit against the Biden administration, this time over the COVID-19 vaccine mandate for health care workers.

The lawsuit was announced on the night of Nov. 15.

"Attorney General Mark Brnovich is co-leading a multistate coalition in filing a lawsuit to stop the Biden administration’s overreaching ‘job or jab’ COVID-19 vaccine mandate for health care workers. The mandate threatens to further burden the health care sector and patient well-being in Arizona, where nursing homes and other long-term care facilities are already facing worker shortages," a news release from the AG's office read, in part.

This isn't the first lawsuit Brnovich has sought to bring against the administration.

On Nov. 4, he said he planned to sue over employers mandating the vaccine. Six days later, a judge heard arguments on both sides.

However, attorneys for the State of Arizona could not convince U.S. District Court Judge Michael Liburdi to grant a restraining order or preliminary injunction.

As far as his most recent lawsuit, Brnovich says the mandate impacts the well-being of Arizonans seeking care, and those providing it.

"The Biden administration’s COVID-19 mandate threatens the well-being of people who rely on services provided by the federal health care programs and the livelihoods of those who provide that care," the news release went on to read.

The news release adds, "The Centers for Medicare & Medicaid Services (CMS) COVID-19 vaccine mandate on facilities that receive federal funding for treating patients exceeds the agency’s statutory authority and violates the Social Security Act’s prohibition on regulations that control the hiring and firing of health care workers. It also violates multiple federal laws, clauses, and doctrines and the Tenth Amendment to the U.S. Constitution.