PHOENIX - Arizona Attorney General Mark Brnovich said on Nov. 4 he plans to sue to block the Biden administration’s new mandate that large employers require their workers to either be vaccinated for COVID-19 or undergo weekly testing starting in January.

The Republican said the suit challenging the new Occupational Safety and Health Administration regulations targeting employers with 100 or more workers would be filed Friday.

"When faceless government bureaucrats dictate what you must inject into your body, that’s the furthest thing in the world from a safe workplace," Brnovich said in a statement. "The government doesn’t get to be your nanny, and it’s certainly not your doctor."

On Nov. 22, Brnovich announced that the Phoenix Law Enforcement Association and the United Phoenix Firefights Association would be joining the lawsuit.

"A significant number of rank-and-file police officers and firefighters have expressed concerns over the mandate and are refusing to be vaccinated, which is why PLEA and UPFA joined the AGO's lawsuit," officials said in a statement.

In a background briefing on the new rules Wednesday evening, a senior Biden administration official said they were needed to ensure worker safety.

"A virus that has killed more than 745,000 Americans, with more than 70,000 new cases per day currently, is clearly a health hazard that poses a grave danger to workers," the official said.

U.S. Rep. Raul Grijalva, a Democrat who represents parts of southern Arizona, called the regulations "welcome news" that will save lives and prevent losses by businesses that experience COVID-19 outbreaks among their workforces,

"With COVID-19 as the new leading cause of death in Arizona, I applaud this effort to mitigate transmission of the virus in the workplace," Grijalva said in a statement. "Right now, people are uncomfortable risking themselves or their families to be in unsafe working conditions – and that must change."

The lawsuit is the second filed by Brnovich, who is seeking his party’s 2022 U.S. Senate nomination, over federal vaccine or testing mandates. A suit he filed in September alleged the government was violating the Constitution’s equal protection clause because it is treating citizens differently than people caught crossing the U.S.-Mexico border illegally. Those people are offered vaccines but not required to be inoculated.

On Nov. 10, a judge heard arguments on both sides. Brnovich was in court as federal attorneys defended President Biden's vaccine mandate.

However, attorneys for the State of Arizona could not convince U.S. District Court Judge Michael Liburdi to grant a restraining order or preliminary injunction.

"It was, really, sort of a full-blown faceplant for the Attorney General's Office at the federal court today. Judge Liburdi rejected all their arguments," said attorney Dan Barr.

Federal attorneys likened President Biden to a CEO, saying he has the authority to require workers to get a COVID-19 vaccine in order to make the government run efficiently.  The Attorney General says that is an overreach of power.

"The Biden administration believes, because of public health reasons and insurance premium reasons, they can do anything they want to government contractors. By that logic, you could have Boeing make their employees stop eating at McDonalds, or you could have Raytheon. The federal government wants you to not have sugary sodas anymore. The federal government’s logic is they want to micromanage the lives of every person that works for the government or has a federal contract," said Brnovich.

Judge Liburdi, however, said the mandate does not force anyone to get the shot, and federal workers who do not want the vaccine can work elsewhere. The Attorney General's Office plans to file an amended motion, and will get another chance to argue their case.

"Judge Liburdi is a smart guy. He follows the law, and he found there was no legal basis for the claim. So, the Attorney General's Office may continue to make noise about filing something, but I don't think even they expect to prevail in this case," said Barr.

The deadline for Federal employees to be fully vaccinated has been extended to Jan. 18. Meanwhile, the Attorney General has issued a statement, saying litigation will move forward, and he will "continue fighting for Arizonan's freedoms."

Other responses to the new mandate

So far, Arizona's Division of Occupational health and Safety has not said if it will adopt the new vaccine mandate.

"It's not yet applicable to Arizona employers, and we will see how that process plays out," said attorney Jennifer Yee. "the Arizona agency has 30 days to decide to adopt its own rules or adopt the federal mandate whole cloth. Basically, Arizona has a couple of weeks to decide what it's going to do, and has 30 days to implement whatever it decides to do."

Attorneys and the Phoenix Chamber of Commerce are advising employers to go ahead and prepare workplace policies that comply with federal OSHA guidelines.

"Get started now, because it is going to take some time, not only the HR side of this, but for employees to get vaccinated," said Todd Sanders with the Phoenix Chamber of Commerce. "We're gonna want to make sure you get ahead of this a little bit, so employees will have a nice holiday season, you, as a business, will be ready by January 4 as well." 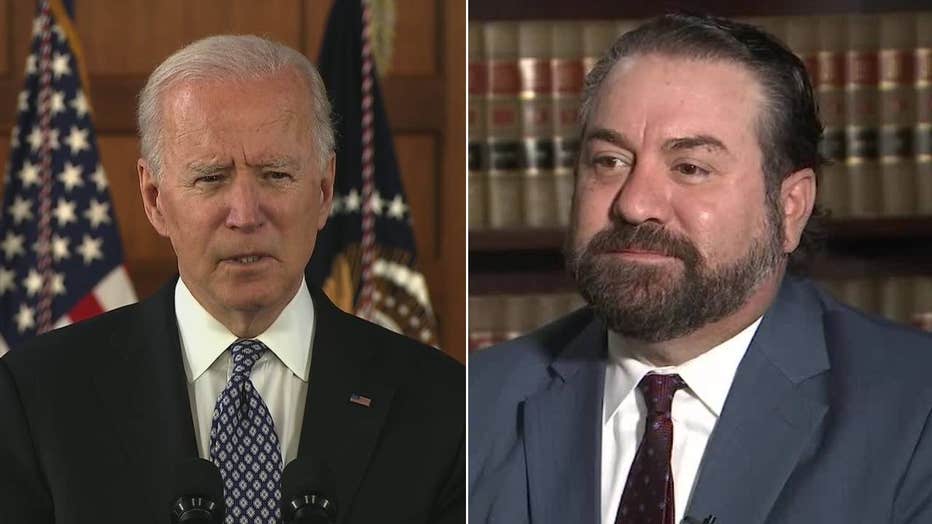 — The Arizona Department of Health Services on Thursday reported an additional 3,352 new confirmed COVID-19 cases and 17 more deaths, increasing the state’s totals to 1,179,072 cases and 21,290 deaths since the pandemic began.

According to Johns Hopkins University data, Arizona’s seven-day rolling average of daily new cases has risen over the past two weeks from 2,131 per day on Oct. 19 to 2,684 new cases on Nov. 2.

The rolling average of daily deaths has risen over the past two weeks from 39 per day on Oct. 19 to 40 per day on Nov. 2.

— The Pinal County Board of Supervisors reversed itself and narrowly voted to accept a $3.3 million federal grant to help provide COVID-19 vaccines to underserved populations in the semi-rural county in south-central Arizona, the Casa Grande Dispatch reported.

The board voted 3-2 on Wednesday to accept the grant, with Supervisor Jeffrey McClure reversing his earlier vote on Sept. 1 against accepting the grant. A request by McClure for reconsideration prompted the re-vote on Wednesday.

Supervisor Kevin Cavanaugh again voted against accepting the grant, saying "it’s a waste of money to hire a vaccine equity coordinator … when we could do this much better on a local level."