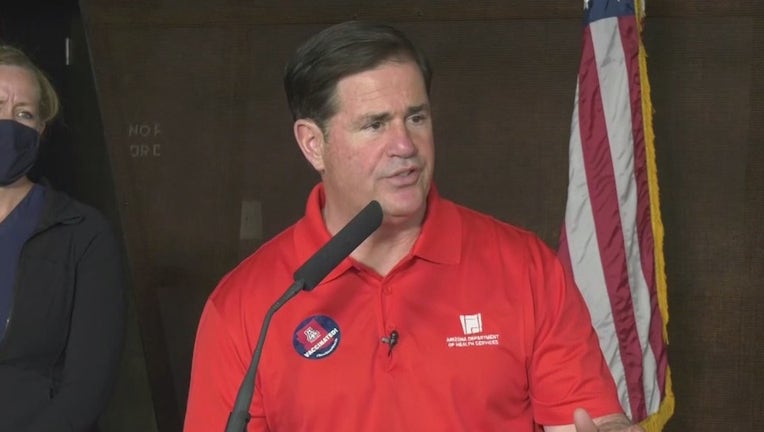 PHOENIX - With the number of COVID-19 cases continuing to decline around Arizona, Gov. Doug Ducey on Thursday eased restrictions on elective surgeries and long-term care facilities.

"At the beginning of the pandemic, we took necessary measures to protect vulnerable populations and all Arizonans. Now the vaccine is out far and wide, and we have much better knowledge of the virus than we did before," Ducey said in a statement.

He said the state acted on the best available science and federal recommendations to institute rules in April 2020 to protect vulnerable residents of long-term care facilities.

With vaccination efforts underway, Ducey said Arizona now is able to roll back some of those limitations and help facilitate additional visitation as well as off-site visits for long-term care residents without the need for quarantine upon return.

Arizona on Thursday reported 381 additional confirmed COVID-19 cases and 10 more deaths as the number of people who have received at least one dose of vaccine passed 30% of the state’s population.

The state’s pandemic totals increased to 842,192 cases and 16,977 deaths, according to the state’s coronavirus dashboard.

There were 604 COVID-19 patients occupying inpatient hospital beds as of Wednesday, the 12th day that the number of hospitalizations has hovered around 600, the dashboard indicated.

Seven-day rolling averages of daily new cases and daily deaths in Arizona dropped over the past two weeks, according to Johns Hopkins University data.

The number of infections is thought to be far higher than reported because many people have not been tested, and studies suggest people can be infected with the virus without feeling sick.