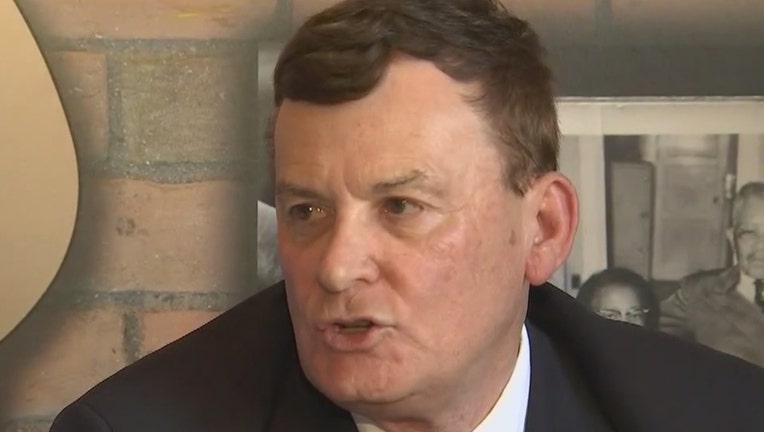 PHOENIX - Former Arizona state Rep. David Stringer is running for office again, just nine months after the Republican lawmaker resigned amid an ethics investigation of 1983 sex charges and comments he made on race and immigration.

Stringer announced his candidacy on Friday night for Yavapai County attorney, an office now held by a longtime Republican whom he accused of wasting tax dollars by locking up low-level offenders.

When he resigned March 27, Stringer faced possible expulsion for his refusal to turn over records to the ethics investigation.

He was the subject of two ethics complaints following newspaper reports that he was charged with sex crimes more than three decades ago. The charges were later expunged and Stringer’s lawyer said last year the charges never resulted in a conviction.

Stringer also was being investigated over 2018 comments that were widely denounced as racist. Those included him telling university students that African Americans “don’t blend in.” He apologized for his language in a speech on a speech on the House floor in January 2018.

Stringer said in his candidacy announcement statement that Yavapai County needs “a fresh approach to criminal justice” and that incumbent County Attorney Sheila Polk’s policies resulted in “too many low-level nonviolent offenders who are crowding our jail and driving up costs to the taxpayers.”

Polk told The Associated Press in an email Saturday that Stringer was a “terribly flawed candidate” and that she was running for re-election on a “strong record of accomplishments and meaningful criminal justice reform.”

Stringer said he quit his House seat to protect his law license rather than violate a court order by complying with a subpoena for records. He did not elaborate but his attorney said last year the Houses Ethics Committee sought confidential records that included ones from a District of Columbia Bar investigation.

Stringer in his statement said he was targeted while a legislator “by the liberal media and even some of my fellow legislators.”

A career prosecutor, Polk was first elected county attorney in 2000 and is now serving her fifth four-year term. She was unopposed in the 2016 primary and general elections.

Yavapai County is located in largely rural north-central Arizona and is the state’s fourth most populous county with an estimated 2017 population of 230,000.