YOUNGTOWN, Ariz. - A suspect was arrested in Youngtown after he allegedly handcuffed and searched a man while impersonating a police officer.

The Maricopa County Sheriff's Office says deputies responded to a QuikTrip convenience store near 111th and Grand Avenues on Aug. 21 for reports of a suspicious person in the area.

Once at the scene, deputies met with a security company who said they saw the suspect two days prior following their patrol vehicle before seeing him detain another man, put him in handcuffs and search him at a nearby Circle K.

According to court documents, the security company provided deputies with video of the incident, which showed the suspect approaching the victim saying, "I am Officer Harper with the State of Arizona."

Deputies later located the suspect, identified as 22-year-old Anthony Harper, and during an interview with MCSO, Harper allegedly said that he was a bail bonds agent and was "acting within his purview to lawfully detail and search a subject."

Investigators said Harper, however, did not have the proper documentation to lawfully detain someone as a bail bonds agent.

"Anthony is not certified by the Arizona Peace Officer Standards and Training Board, nor employed by any law enforcement agency," court documents read.

Harper was booked into jail. He is accused of false imprisonment and impersonating a peace officer. 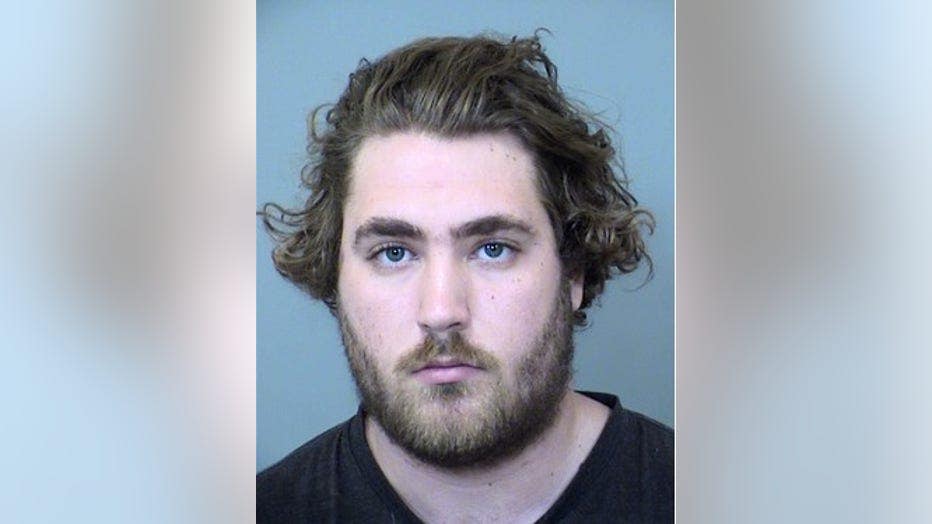