PHOENIX - Celebrating a 100th birthday is not a thing many people can claim to have done. For one Phoenix area woman, she did it alongside her husband of more than seven decades.

Betty Frigon was born during what we now know as the Roaring Twenties. At the time Betty was born, Warren Harding was President, and movies were silent. Television and cell phones were not a thing (they would come decades later).

It's safe to say that much of the world has changed since Betty and her 101-year-old husband, Bernie, were born. What hasn't changed, however, is their love for each other and their family.

"What has life been like with Bernie?" Betty was asked.

The answer may be appropriate, because it can be hard to describe the depth, as well as the meaning, of a 76-year marriage.

Bernie says Betty was there after he came back from World War II, encouraging him to pursue an education, including college and law school.

"She kept telling me that I needed to accomplish this or that. That was the great thing about Betty: to not lay down on the job, to grab bigger and better things, and go with it," said Bernie.

"What I want to tell Bernie is to keep doing what you’re doing," said Betty. "Every time I ask you to do something, do it!"

The couple is still holding on to love, decades later.

"I'm very fortunate," said Bernie. "I sure do wish her a very happy birthday!"

Both Bernie and Betty said their secret to long life is exercise. They walk each and every day. 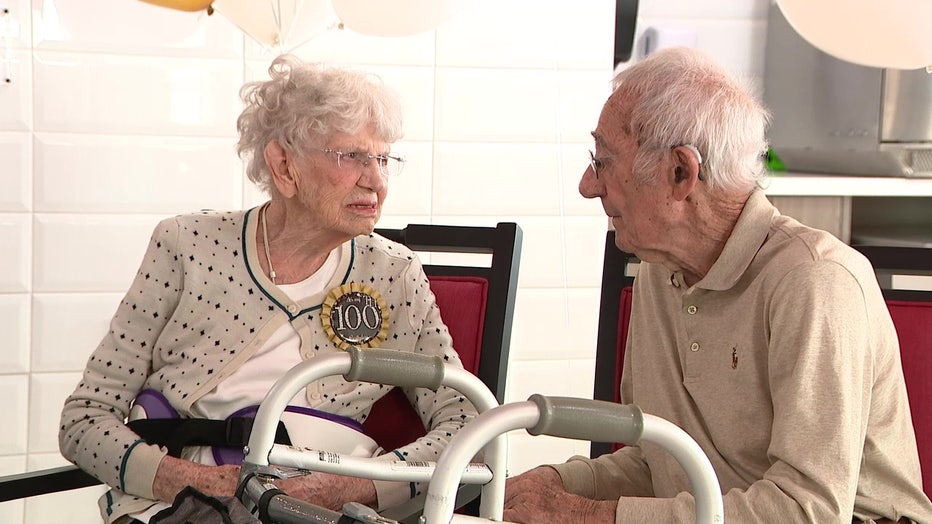