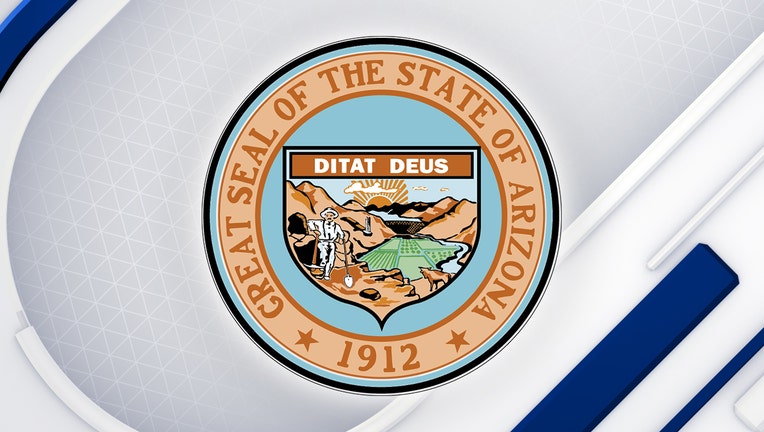 PHOENIX - Republican and Democratic Leaders of the Arizona House are again eyeing the state's water supply as a major issue for the coming legislative session that starts next week.

GOP House Speaker Rusty Bowers and Democratic Minority Leader Charlene Fernandez both highlighted overpumping in the state's rural areas as a major issue when lawmakers return to work on Monday.

Water remains at the forefront even though the Legislature adopted a drought contingency plan last year that trimmed the state's annual allotment of Colorado River water by about 7% to maintain levels in river reservoirs. Seven western states that rely on the river agreed to the plan last March.

But Bowers is troubled about groundwater supplies, especially the depletion of underground aquifers through overpumping.

“I am very concerned about overdrafting,” Bowers said in a Wednesday interview. But he said he doesn't have enough facts to propose legislation just yet.

“I’m not putting up any red whistles or skyrockets without knowing what the real situation is,” he said.

The problem is that the amount of water pumped by farmers and cities and the amount replenished by storm runoff isn't known. That's because the state doesn't require farms and other users to meter or otherwise measure their use and there are poor recharge numbers.

But it is clear there is major overpumping. Wellshave gone dry in rural areas, including the one that supplies Bowers' home northeast of Mesa, and water experts have issued warnings about the problem.

Fernandez agreed the state lacks the data to act, but warned that must change.

“If we’re not measuring, if we’re not metering, then we cannot say that there’s plenty of water,” she said. “I think we’re being very, very reckless with the sustainability of water for future generations.”

Both said there will be water bills proposed again this year.

“There’ll be water legislation,” Bowers said. “I think that we have sufficient interest.”

“We’re going to have to grow a spine, be tough and talk about these issues,” Fernandez said. “So it's important that we sit down and decide what that looks like.”

Both lawmakers also said they are certain teachers will get the final installment of 19% raise for teachers spread out over three years. Republican Gov. Doug Ducey proposed the raise to help settle a statewide 2018 teacher strike.

“We have made a substantive improvement and it’s been the Republicans and I’m grateful for them,” Bowers said.

Fernandez said there's still plenty to do to fund schools that are still suffering from years of Great Recession-era cuts.

“Until they’re properly and fully funded ... that’s always going to be our top priority,” she said.

Both are eyeing using some of a major budget surplus to boost funding for roads and other infrastructure. The state has an expected budget surplus of about $750 million, although only about $170 million of that can be committed to ongoing spending initiatives.

“We'd like to take a lot of that amount and take care of demanding transportation needs of an exploding population,” Bowers said.

How that might look is in flux. The state highway user revenue fund known as HURF that distributes gas taxes and fees from vehicle registrations to local governments has been used as a cash cow to fund other budget items for years. That should end this year and surplus cash could be used to make up for some of the money taken in previous years.

“There should be no reason at all to raid the HURF, finally, and I would love to have the HURF beefed up,” Bowers said.

“We believe a lot of that surplus should go back into our cities and counties where our roads have been deteriorating for years.,” she said, noting the raids on the highway fund. “That’s been a real problem, and we’re going to invest in that.”

Republicans who control the House and Senate have proposed tax cuts every year for decades, and that won't be different this year, Bowers said.

"I know there are members who want tax cuts," Bowers said. “I don’t foresee any enormous tax cut. But always (we're) looking how to restructure, the needs of the state, what areas generate the needed income.”

“I think that’s their total sweeping ideology is to implement tax cuts,” she said. “And under no circumstances are we going to come on board with that. We feel that the tax cuts for the past 25-plus years has got us in the position that we’re in.”