President Joe Biden spoke on Jan. 14 about his infrastructure plan's $27 billion program to repair and upgrade roughly 15,000 bridges across the U.S.

Roughly 15,000 bridges are set to receive repairs and upgrades now that the Biden administration has announced its $27 billion program that’s part of the president's infrastructure plan.

President Joe Biden, who signed the bipartisan bill into law two months ago, touted the program Friday during a speech from the South Court Auditorium. The program will replace, repair and rehabilitate bridges across the U.S., Puerto Rico and tribal areas over the next five years, the White House said in a fact sheet.

"When we get this done, we’ll get back to beating the world again," Biden said. "We’ll once again be No. 1 in the world instead of where we sit now at No. 13 terms of the quality of our infrastructure. That’s going to mean more jobs, good-paying jobs, safe communities and lower costs."

What's in Biden's signature infrastructure bill? Here's a look at the $1 trillion investment in the United States.

The Biden administration has been canvassing the country highlighting the benefits of the infrastructure plan. Biden surveyed a bridge in need of repairs in New Hampshire, toured an electric vehicle plant in Michigan and paid a visit to a public transit authority in Missouri.

Biden said 45,000 bridges are in poor condition and two-thirds of them are considered off-system, meaning they’re not connected to the interstate. When officials prioritize which bridges should get repaired, off-system bridges are often overlooked.

While they're not a part of the interstate system, Biden said they are crucial to the local farmers, commuters and other travelers. That’s why his plan dedicates funds specifically for off-system bridges. 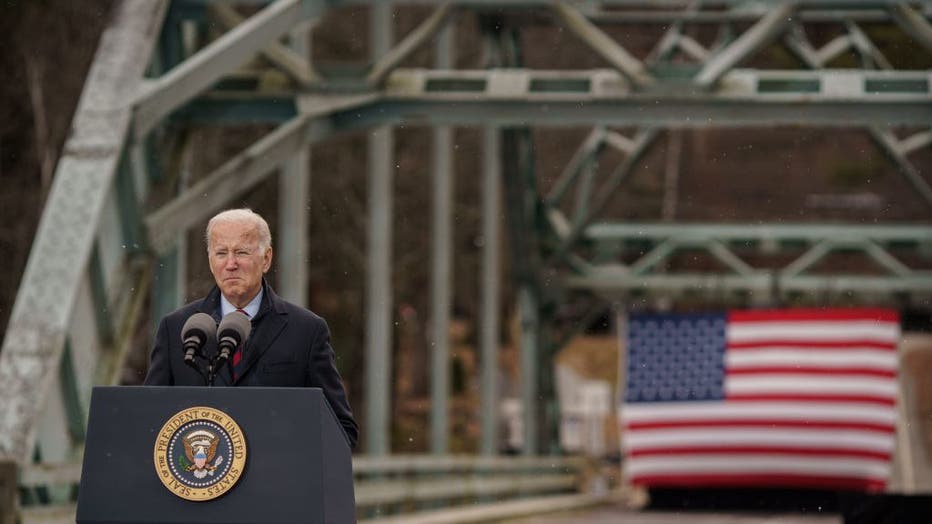 "With this investment, we’re sending a message to those communities and to the people who call them home," Biden said. "You matter. We’re building back and building back better with you. We’re making sure you’re not left behind and left out."

Biden described the bridge program as the largest investment since the creation of the interstate system.

"These investments are consequential, and we’re just getting started. We’re building back better than ever before," Biden said.