TAMPA, Fla. - Body camera video shows a clearer picture of what happened before and after an officer-involved shooting over the Fourth of July weekend.

The Tampa Police Department released body camera video of the confrontation but excluded video of the shooting. The footage shows John Reuben Turbe, Jr. raise his gun at Tampa police officer Bryan Velazquez, which the department said forced the officer to open fire.

Officer Velazquez was responding to a call about a fight that involved someone with a weapon at the Texaco gas station on N. 50th Street in Tampa.

When Velazquez walked arrived, he spotted Turbe and ordered him to drop his weapon.

"Put it down. Put it down!" he demanded in the video.

Turbe ignored the orders and tried to run, but Velazquez chased after him.

Then Turbe turned around and pointed his firearm at the officer. 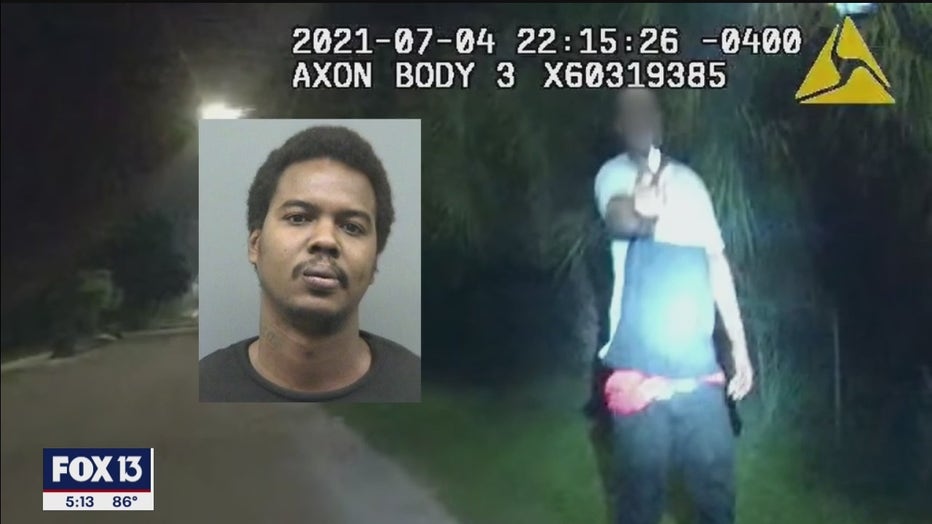 The video freezes, but the audio continues, with three shots fired.

When the video resumes, an officer is performing chest compressions on Turbe, but he later died at a hospital.

It's not clear what led to Turbe’s fight inside the convenience store. A background on Turbe shows he served a short time in prison for a drug conviction.

The officer-involved shooting remains under investigation.