MESA, Ariz. - A man and his girlfriend were arrested after the Mesa Police Department says they robbed employees at three different Circle K stores while armed.

Police say the alleged crime spree of 49-year-old Brandie Walker and her boyfriend, 48-year-old Johnathan Roy, began May 14 around 9 p.m. at a Circle K near Broadway and Dobson Roads.

"The victim told Mesa Police Officers that the woman demanded money from the cash register while displaying a gun. After providing money to the woman, the victim jumped over the counter and disarmed her. The woman ran from the store, leaving her loaded handgun in the hands of the victim, who then gave it to police," authorities said, adding that Walker was reportedly wearing a black wig.

Five days later at around 4:45 a.m., officers responded to another armed robbery at a Circle K near Baseline and Greenfield roads.

"The victim told officers that a man wearing a gray wig came into the store with a handgun and demanded money from the cash register. The man had a distinct tattoo on his right arm and wore easily recognizable clothing," authorities explained.

The final robbery was on June 12 at around 1 a.m. at a Circle K near Greenfield and McLellan roads. "… a woman wearing a brown wig armed with a handgun. This time, the woman left the scene in a vehicle driven by a man. Officers were able to retrieve the vehicle license plate number through Circle K video surveillance."

Walker and Roy were found living in a hotel room. A search warrant was served on their car and room and officers reportedly found a black BB gun and a black wig. 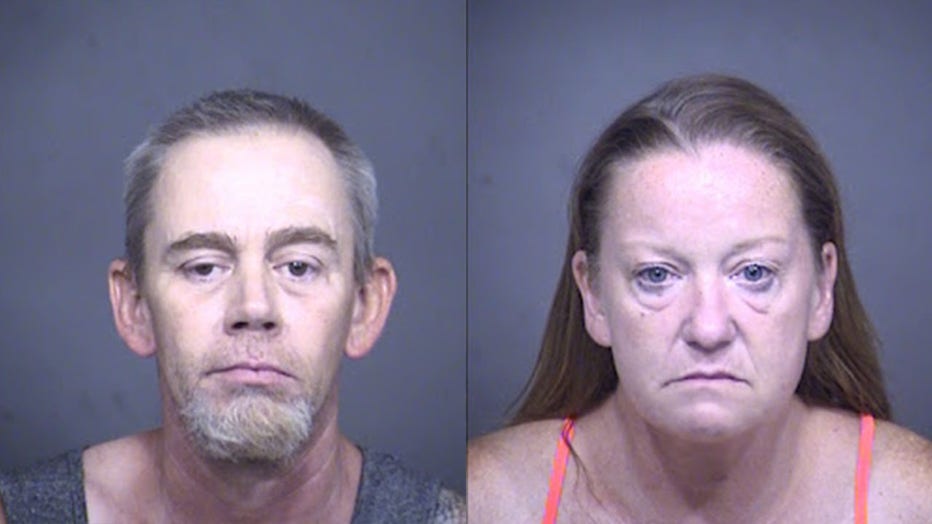