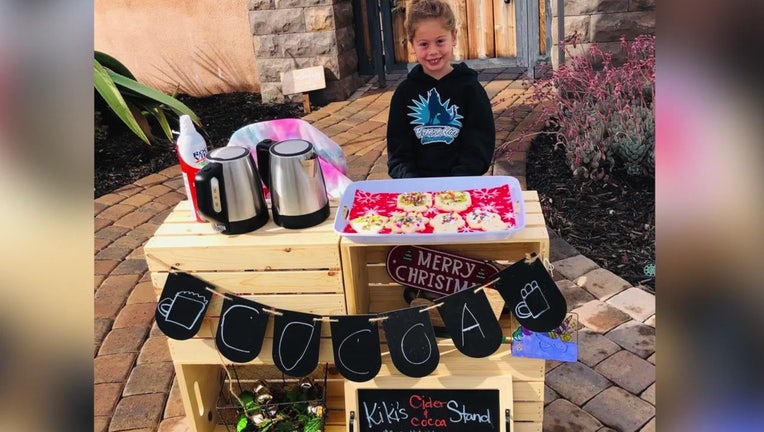 VISTA, Calif. - A 5-year-old girl's act of kindness helped clear the overdue lunch balances over 100 of her fellow classmates in Southern California.

When Katelynn Hardee heard that some students were struggling to pay off their lunch debt at her elementary school, she decided she wanted to find a way to help.

That's when Katelynn came up with a plan.

"I can give money to the lunch people so they'll have money," she said. "So they can lunch and snack."

She'd seen lemonade stands in the summer, so she thought a hot cocoa and cookies stand would be more appropriate this time of year.

Her mom, Karina Hardee, told FOX 5 that the little girl baked the cookies and made the hot cocoa herself. She then spent several hours over the weekend selling her homemade goods.

When she returned to school on Monday, her mom brought the money to administrators at Breeze Hill Elementary.

"I just left a note saying my daughter held a hot cocoa fundraiser over the weekend and would love to donate the money to any of the negative accounts," Hardee said.

That money ended up paying off the lunch balances for 123 students.

Katelynn was given an award at school to recognize her act of kindness.