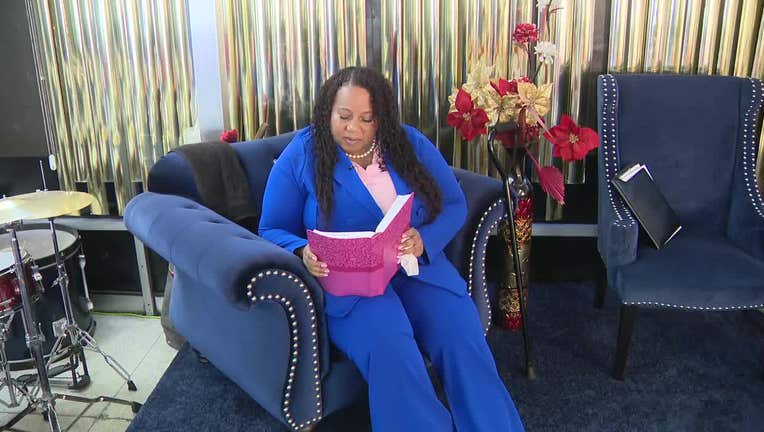 Valerie Mercadel is a pastor in Long Beach. She was sexually harassed at FCI Dublin in 1995.

LONG BEACH, Calif. - Valerie Mercadel cannot shake the haunting memory of what happened to her while she was incarcerated at the federal prison in Dublin, Calif., which has been thrust into the national spotlight because of the growing number of officers now charged with sexually abusing the women they are supposed to watch over.

A correctional officer nicknamed "Dude" let a male inmate into her cell who then tried to molest her.

"He ends up coming by me and before I knew, he had just lay me down and got on top of me and tried to touch me and touch my breasts and stuff," she said. "You know, I was able to push him away. I said ‘You got to go. You got to go.’"

She shoved her mattress up against her cell door and tied to stay awake all night to prevent any more sexual abuse.

"I was petrified," she said.

After that, she was locked up in isolation for more than a year: Prison officials told her it was for her safety, she believes it retaliation for reporting the abuse. Officers had deemed her a snitch.

"They want you to be quiet," she said. "A lot of women can't take the hole. One lady set herself on fire in solitary."

Mercadel's story is nothing new

And while Mercadel's story sounds eerily familiar to the current situation at the Federal Correctional Institute at Dublin – where five officers including the former warden have been charged with having sex with incarcerated women – her trauma actually dates back to 1995.

That's when she was serving an eight-year sentence on a drug charge, and ended up suing the prison over its treatment of women, lack of officer training and allowing rampant sexual abuse to occur.

Even though she has long been free and is now preaching and teaching Bible at the Set Free with Divine Intervention Church in Long Beach, Calif., the trauma she suffered nearly 30 years ago still runs deep.

Mercadel said she became a pastor as a direct result of the abuses she suffered behind bars.

"I went through so many hardships because of what happened in prison," she said in a recent interview from her church. "And it led me to God. While I was in prison, I read the Bible constantly. I knew I needed to help other people so that they wouldn't have to go through what I went through."

Dr. Terry Kupers of Berkeley, a psychiatrist who is an expert in prison psychology, said what happened to Mercadel is unfortunately quite common.

"The women that are locked up in the prison have absolutely no power," he said. "The officers are in total control. And if they're sexually abused, they have no one to complain to and nobody is going to do anything. That is the perfect storm for officers abusing women."

Kupers has long advocated to take male officers out of an all-women's prison, except to keep them "at the perimeter," but not allow them to have direct and daily contact with them.

"Every time we find sexual abuse, like what happened at Dublin," Kupers said. "It's because of a culture that supports sexual abuse by devaluing women."

MORE: Dublin prison guard says she was forced out for reporting abuse

She sued the prison 30 years ago

Mercadel was one of three women who sued the Federal Correctional Institute in Dublin in 1996, alleging nearly identical allegations the prison is facing today: Male officers having illegal sex with the women in their care. In addition, the suit alleges unconstitutional physical and sexual abuse, intimidation and retaliation for complaining about illegal conduct.

She said she was treated like "a whore" by the male staff.

"That's how they treated us," she said. "Like we were prostitutes."

And even though her San Francisco attorney, Michel Bien, was able to reach a settlement with the Bureau of Prisons in 1998, nearly a dozen formerly and current incarcerated women and a one former correctional officer at FCI Dublin have told KTVU in the last year that not much has changed.

The settlement included a "good faith" promise that the Bureau of Prisons to implement policies to "reduce the risk to female prisoners of sexual assaults and harassment by correctional staff," and provide appropriate programming and counseling to victims of sexual assault. Mercadel and the two other plaintiffs also shared a $500,000 settlement fee.

Bien was not able to secure a more legally binding "consent decree."

"That was as good as we could get at the time," Bien said, adding that he's contemplating whether his firm will sue again for reform and more oversight over the prison.

The lawsuit ‘did nothing’

Because the lawsuit didn't change prison behavior and practices, Mercadel said she feels sad for the women currently inside and being abused.

The prison employees named as defendants in that case, either quit or lost their jobs. But none was criminally charged.

There have been some changes at FCI Dublin since the 1990s: Men are no longer housed at the all-women's prison.

And in the last couple of years, the Department of Justice has been prosecuting prison officers with crimes of sexual abuse.

To date, the U.S. Attorney's Office has charged five correctional officers in Dublin - including the former warden – with the crime of sexual abuse of a ward.

Some of those officers have pleaded guilty, though none have yet been sentenced or are behind bars. The warden is still maintaining his innocence.

Meanwhile, KTVU has learned that at least two dozen other officers are on leave as they are being investigated for sex offenses, drugs and lying.

Sources told KTVU that this summer they spotted FBI agents visiting prison cells and taking photographs as part of the government's ongoing investigation into this pattern of abuse and corruption.

In addition, prison officials and federal prosecutors have repeatedly said that the recent allegations – if true --of their officers "are abhorrent" and they are committed to rooting out this behavior.

But the current warden, Thahesha Jusino, has repeatedly declined requests for interviews and a tour of the prison. 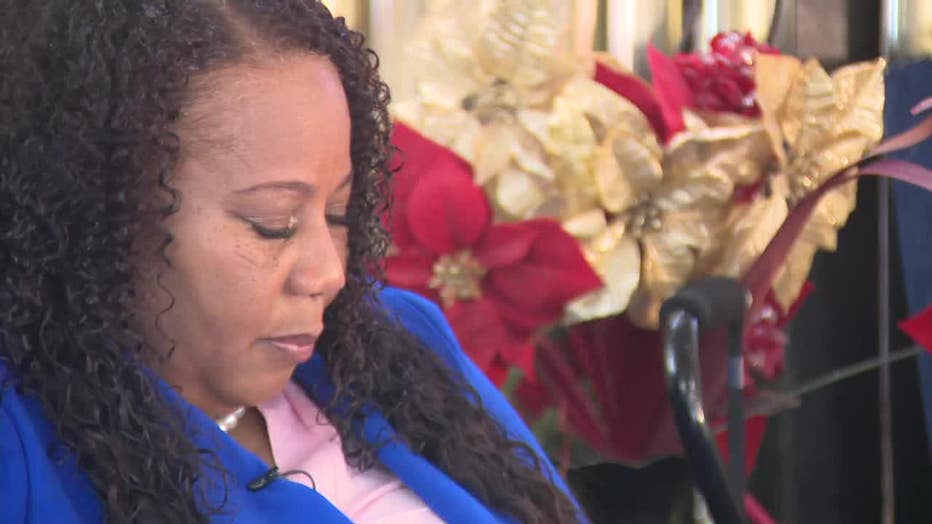 Valerie Mercadel said she became a pastor as a direct result of what happened to her at the federal Dublin prison in 1995.

Three decades later, Mercadel is now sad for what the currently incarcerated women at FCI Dublin are going through now.

For example, in June, two California women filed claims against the federal government alleging they were told to have sex with each other and show their bodies to officers, and then were punished for speaking up about it.

This summer, Mercadel and another plaintiff in the original suit were asked to speak to Sens. Jon Ossof (D-Georgia) and Mike Buran (R-Indiana) to relay their experiences.

In February, the U.S. senators launched a bipartisan prison policy working group to examine conditions in the country's 122 federal prisons, after an Associated Press investigation found corruption and abuse throughout the system.

But even a Congressional committee aimed at strengthening oversight doesn't help Mercadel much.

In fact, speaking to the senators a few months ago only brought back horrible memories, which she had tried to suppress for so long.

And she feels sad for the women currently inside and being abused.

Since being released from FCI Dublin, Mercadel has turned to a life of prayer, and spends her days preaching in the hopes of getting closer to God.

But even that hasn't eased her darkest memories.

She suffers from schizoaffective disorder, which only intensifies when she remembers the abuse she suffered behind bars long ago.

"I don't feel hopeful," Mercadel said. "The laws need to change. All they are going to do is shake it under the rug. They're going to give the [women] a little money. The women's is going to go away like we did. Real change needs to happen."