Trump supporters gathered in the North Valley along the I-17 on Saturday to rally for the president.

PHOENIX - Supporters of Donald Trump gathered along the Interstate 17 freeway in the north Valley as part of a rally to support the president's reelection on Oct. 17.

Some attendees told FOX 10 the caravan stretched for more than 30 miles near Peoria with thousands of cars bearing Make America Great Again flags and Trump signs.

It was also intended to be a "Back the Blue" rally to show support for law enforcement. 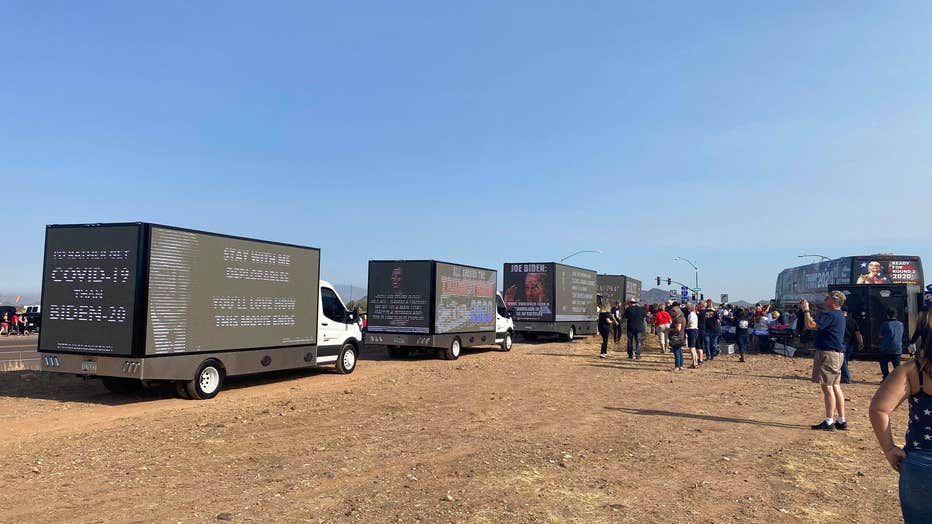 Attendees said thousands came for a Trump rally along the I-17 on Oct. 18. (Photo: Jamie Collins)

A similar truck rally was held along Cave Creek and Carefree Highway.