Holiday lights theft caught on camera in the West Valley

The incident happened in front of a home in Avondale, and it was captured on surveillance camera.

The theft happened the night of Nov. 20 near Avondale Boulevard and Lower Buckeye Road.

Surveillance video captured the moment when the suspects took Christmas lights from the victim's home.

Dulce Jaramillo has been living in Avondale for 16 years and says this has never happened to her before.

She put up the Christmas lights to spread some holiday cheer, but that changed when she found out that her lights were gone the next morning. 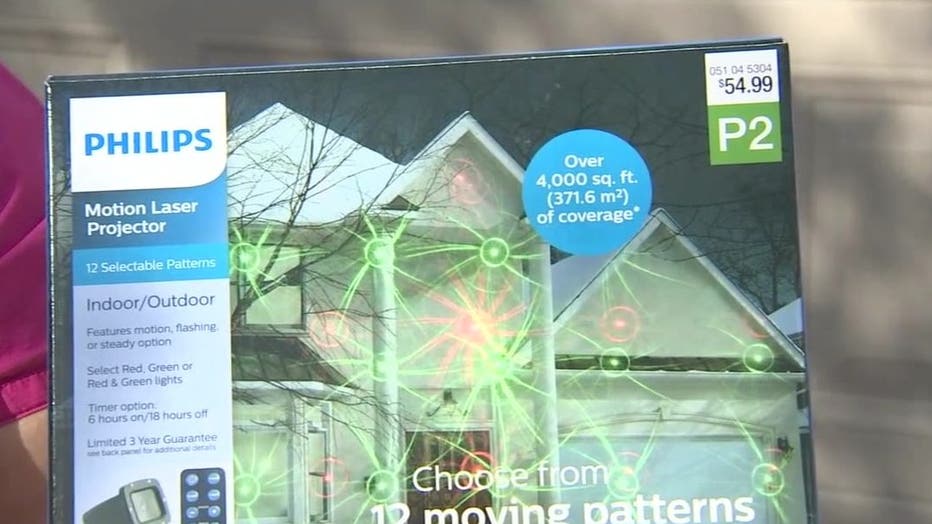 Dulce Jaramillo shows the box for the Christmas lights that were stolen.

"It's very frustrating and devastating because you realize that the little positive things you can do.. and someone comes and just destroys that," she said. "If you are the parent of these kids, I hope you do something about it because today.. this is my problem.. it's insignificant, but if they are committing more crimes, what kind of people are they going to be later on?"

Jaramillo says the two people are also suspected of breaking into a vehicle and stealing credit cards.

If you have any information about this case, contact the police.