The images show China’s first Mars rover next to a landing platform bearing national flags and tracks left on the planet’s surface after roaming the red planet.

According to the CNSA, Zhurong placed a remote camera about 33 feet from the landing platform to take a group portrait. 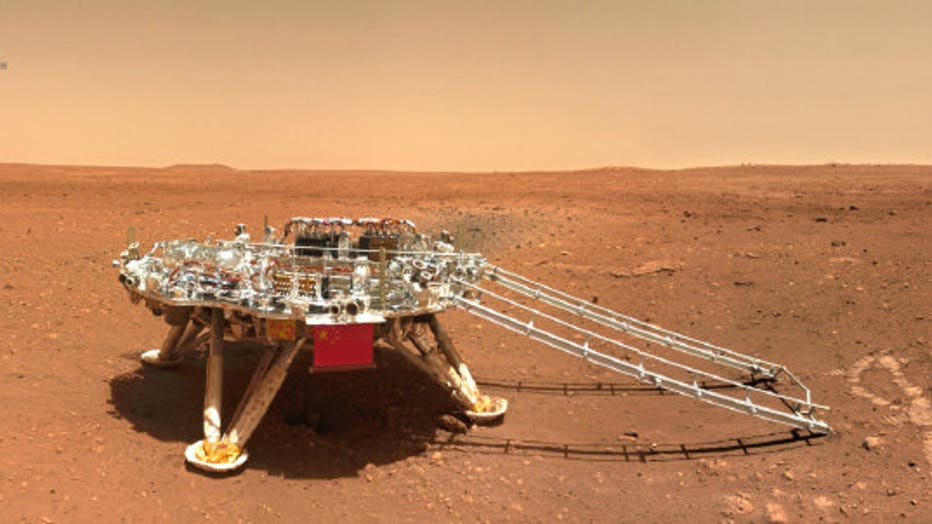 The six-wheeled rover is surveying an area known as Utopia Planitia, searching for signs of water or ice that could lend clues as to whether Mars ever sustained life.

The mission has made China the second country in the world to successfully land a rover on the surface of Mars. 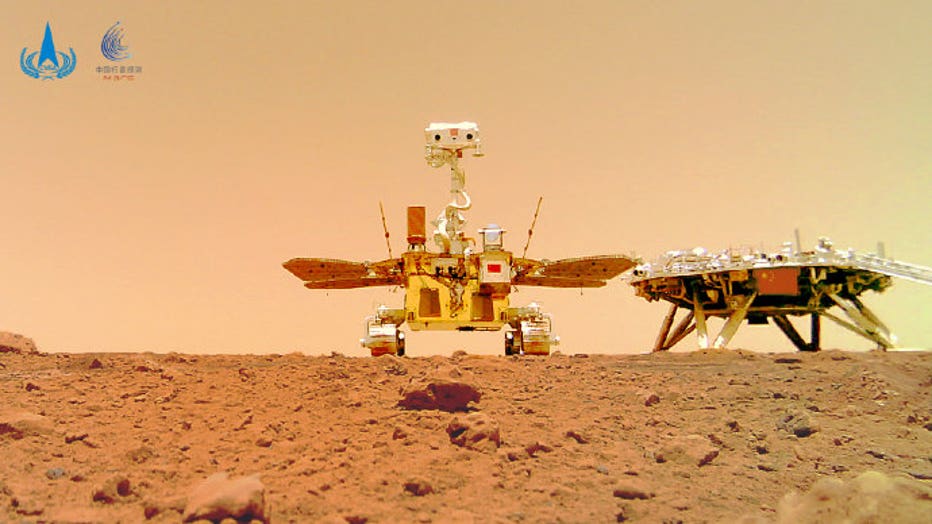 The Chinese Mars rover Zhurong is seen near its landing platform taken by a remote camera that was dropped into position. (CNSA via Storyful)

According to the Associated Press, the rover is expected to be deployed for 90 days to search for evidence of life.

The U.S. also has an ongoing Mars mission, with the Perseverance rover and a tiny helicopter exploring the planet. Earlier this month marked NASA's Perseverance Mars rover's hundredth Martian day on the red planet.

The Associated Press and Storyful contributed to this story.