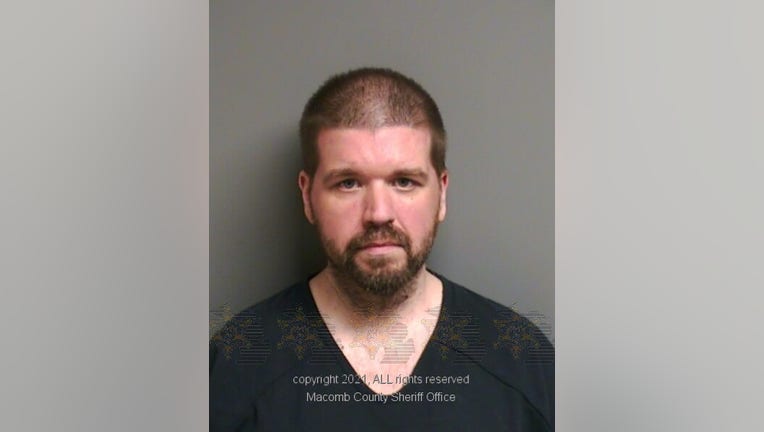 Gerard Lewinski is charged with killing his live-in girlfriend, living with her remains for 7 months, and mutilating her body.

CLINTON Twp, Mich. (FOX 2) - A Clinton Township man has been charged with murdering his girlfriend, mutilating her remains, and then living with her body for at least seven months.

The Macomb County Prosecutor's Office announced on Wednesday that Matthew Lewinski of Clinton Township was arrested and charged with multiple crimes including murder and mutilation of a body after he allegedly strangled his girlfriend and kept her corpse in the condo they had shared.

According to the prosecutor's office, Lewinski killed his live-in girlfriend, Jerri Winters in December and kept her remains in the basement until his sister discovered her body in late July.

WARNING: Details below are gruesome and may not be suitable for all readers.

The Macomb County Prosecutor's Office said Lewinski and Winters got into an argument in the living room of the Crosswinds Condos in Clinton Township in December of 2020. The prosecutor said Lewinski admitted to strangling her and then dragging her body into the basement of the condo.

Suspect in Holly Township barricade found dead after standoff with police, 1 other in custody

While her remains were kept in the basement, the prosecutor said Lewinski removed large portions of skin from her back. The prosecutor did not explain why this action was taken.

Throughout the winter and spring of 2021, Lewinski lived with the remains in the basement, the prosecutor said. But on July 28, Lewinski's sister discovered Winters' body. She called 911 and Lewinski was arrested.

Lewinski was arraigned and on Friday charged with first-degree murder, mutilation of a body, and concealing the death of a person. He's been held without bond.