The U.S. Coast Guard rescued two teenagers from an Oregon lagoon after they became stranded on rocks amid rising tides. (Courtesy: United States Department of Defense)

The 14 and 18-year-olds had become stranded on rocks in a lagoon near Stevens State Park and lost the ability to paddle their inner tubes back to their starting point.

Rising tides also made walking back impossible, which is why the U.S. Coast Guard stepped in.

First, the Coast Guard and other local agencies tried to use boats to reach the young women. But the waters proved to be too shallow to maneuver through the rocky terrain.

So, the Coast Guard turned to the skies, deploying an MH-60 Jayhawk aircrew to the area. The crew hoisted the teens out of the water and carried them back to safety. 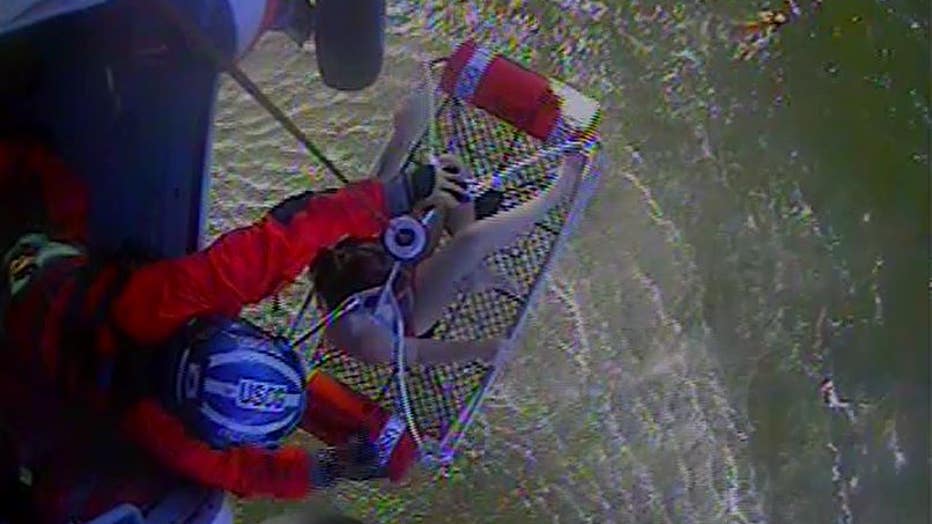 The crew hoisted the teens to the area and carried them back to safety. (Courtesy: United States Department of Defense)

Neither of the women suffered injuries in the ordeal.

The Coast Guard offered a reminder to the public to always be mindful of the weather and tide tables during open-water activity.

The military branch also encourages the use of life jackets.