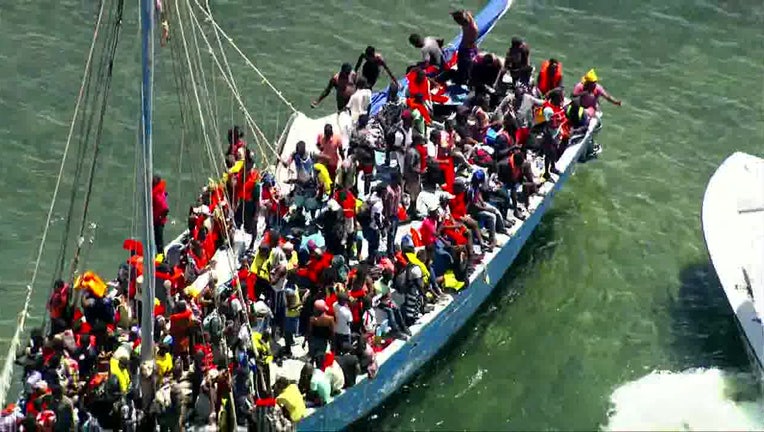 MIAMI - The US Coast Guard said it intercepted a sailboat carrying a large number of migrants off the coast of South Florida late Thursday morning.

Crews discovered the vessel, which became grounded in the sand off Boca Chita, near southern Miami-Dade County, and had multiple agencies respond to the scene – including Customs and Border Patrol, Florida Fish and Wildlife Conservation Commission, Miami-Dade Fire Rescue and Miami-Dade Police. 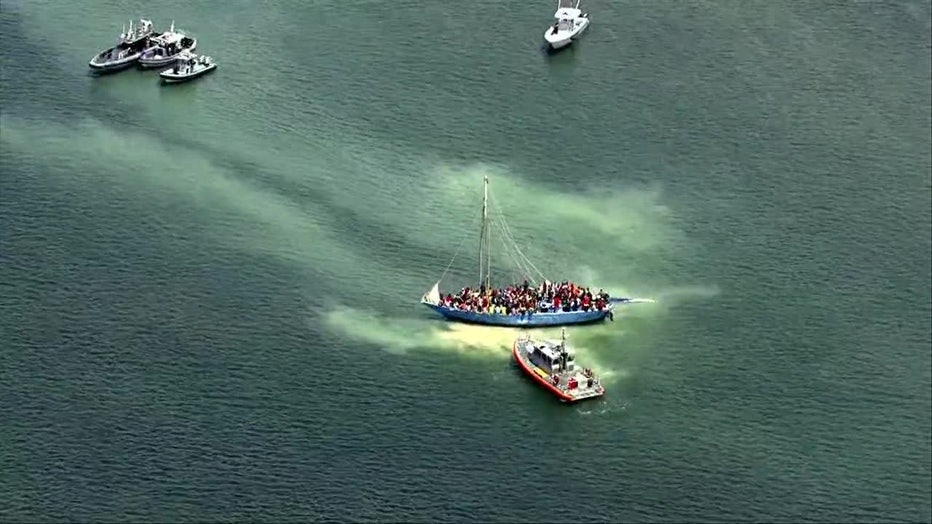 Coast Guard officials told WSVN there were 100 or more migrants on board the boat.

Aerial footage showed responders providing life jackets and bottled water to those on board.

One person on the boat required medical evaluation and was placed on a stretcher, then taken to a Coast Guard boat, according to WSVN. 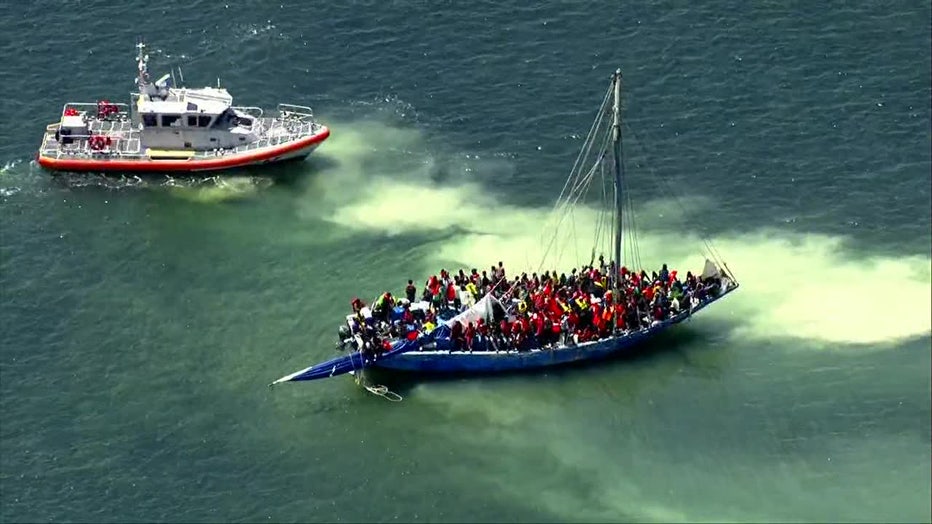 Miami-Dade Fire Rescue then airlifted the person to the hospital; their condition has not been released.

The Coast Guard said the migrants will eventually be repatriated to their home country.