Texas Tech battles No. 7 TCU in a Big 12 showdown this weekend on FOX. (FOX Sports)

FORT WORTH, Texas - A huge Big 12 showdown highlights Week 10 of the college football season this weekend on FOX.

The Horn Frogs will have to win their remaining four regular-season games starting Saturday against Texas Tech, plus win the Big 12 championship game to improve their chances of claiming a spot in the postseason tournament. 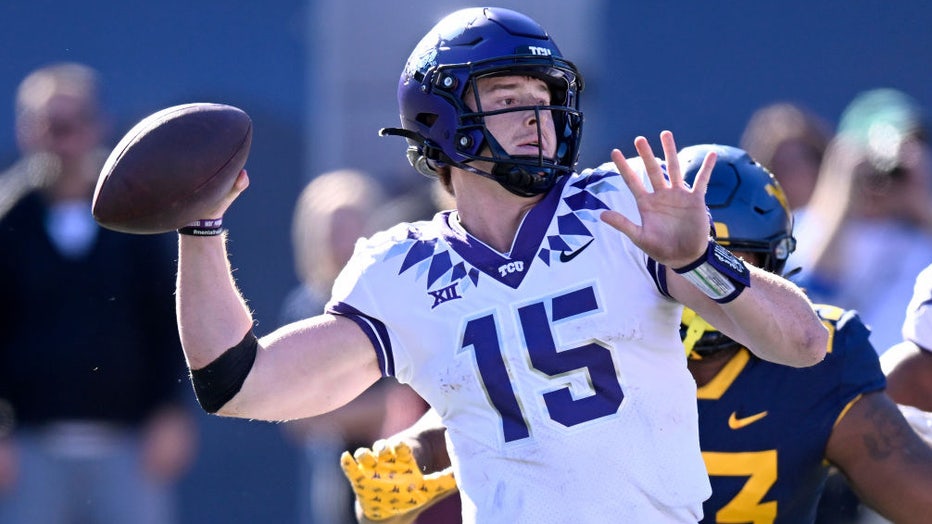 Max Duggan #15 of the TCU Horned Frogs throws a pass against the West Virginia Mountaineers at Mountaineer Field on October 29, 2022 in Morgantown, West Virginia. (Photo by G Fiume/Getty Images)

TCU is looking for its first 9-0 start since 2010, and they're led by senior quarterback Max Duggan who leads the Big 12 with 276.5 yards passing per game and 22 touchdowns with only two interceptions.

But the Horn Frogs will be challenged by a Red Raiders offense that averages an FBS-best 87.4 offensive snaps per game and its 475.9 total yards per game trail only TCU’s 518.6 yards in the Big 12.

Pass protection for the Red Raiders will be something to watch as the team has allowed 30 sacks, which are tied for the most by a Power Five team.