MOHAVE COUNTY, Ariz. - The fifth-largest county in the nation, by land area, has struggled to find a medical examiner, and nine months ago, Mohave County did something even officials call unorthodox.

They awarded a multi-million dollar contract to a company that owns several funeral homes in that same county, and now the president of the company runs the medical examiner’s office.

The question remains: is there a conflict of interest?

How? They claim they’re getting fewer death calls from the medical examiner’s office alleging that the person in charge is taking advantage of his position and access.

Other funeral homes, a county supervisor and a former employee address the concerns, saying there's truth to the allegations.

At least 90% of her business comes from cremations, which require authorization from the medical examiner.

In this business, the mortuary and the examiner’s office cooperate to make sure decedents are transferred in a timely fashion so that funeral arrangements run as scheduled. The relationship is important to say the least.

Bradbury-Marchand says that connection has changed in Mohave County.

"A group of funeral home owners and managers have gotten together we’ve talked about it. We all have the same issues. We’ve tried to address them, and we get stonewalled," Bradbury-Marchand said. 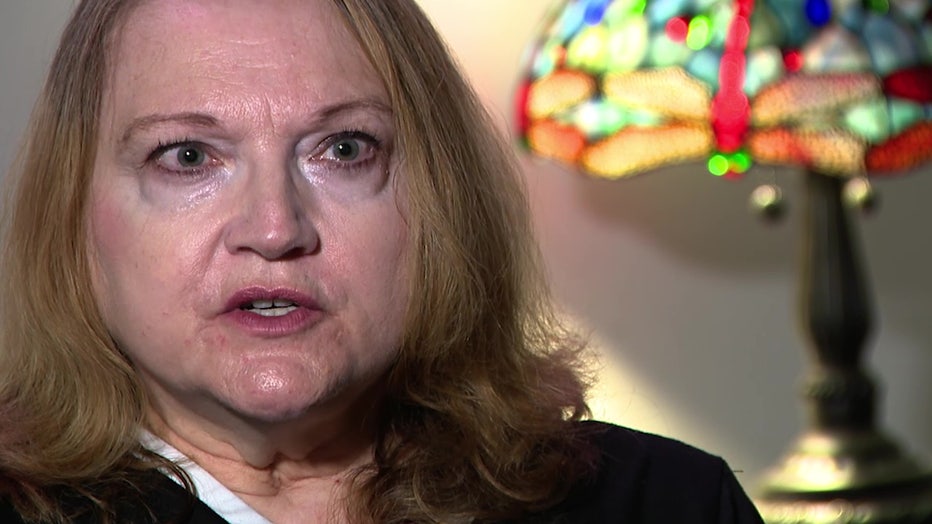 ‘There’s no ability for us to hold somebody accountable’

After about five years of being the Mohave County Medical Examiner, Dr. Archiaus Mosley sent the county his resignation last spring, citing health issues. He’d continue to provide services until the end of November 2021.

Meanwhile, the county did not have success recruiting a pathologist to take his job, but did get one proposal.

During a county board meeting last November, the procurement director and county manager told supervisors there would be no conflict of interest if Serenity Memorial Group operated the medical examiner’s office.

The CEO of Serenity Memorial Group is John Hassett.

Hassett also sits on the planning and zoning commission.

"The mortuary is not going to be running the medical examiner’s office and I think that that’s a big concern not only from other funeral home owners, but the community in general," Hassett said at the board of supervisors meeting.

He proposed to be director of operations for the medical examiner’s office and hire Dr. Mosley to join his staff as the licensed pathologist focused on autopsies.

District 3 supervisor Buster Johnson was skeptical and raised questions about the decision in the November meeting. 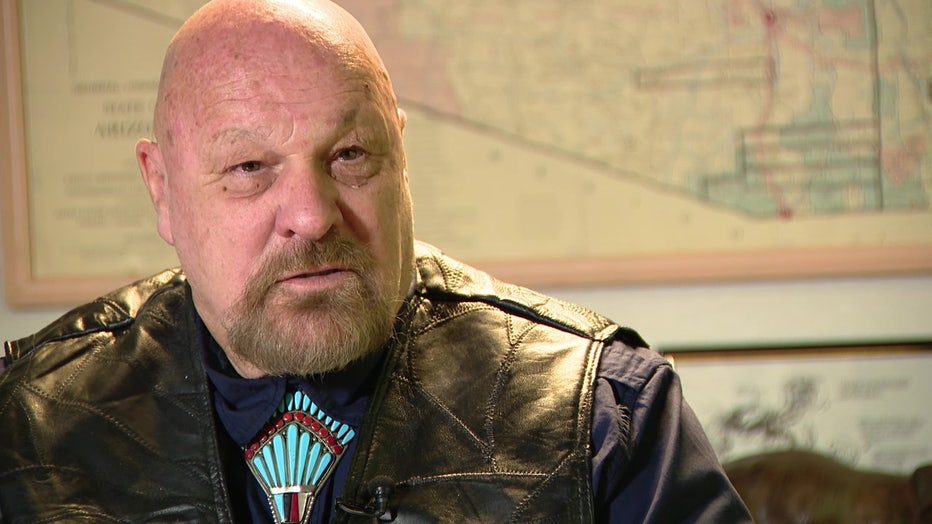 Buster was the only board member to vote "no" on awarding the contract to Serenity Memorial, saying, "figured there would be a conflict of interest because same business as the other mortuaries are so there’s always going to be conflict there."

Hassett and Serenity Memorial operate as an independent contractor, so the county can’t regulate how he spends funding. 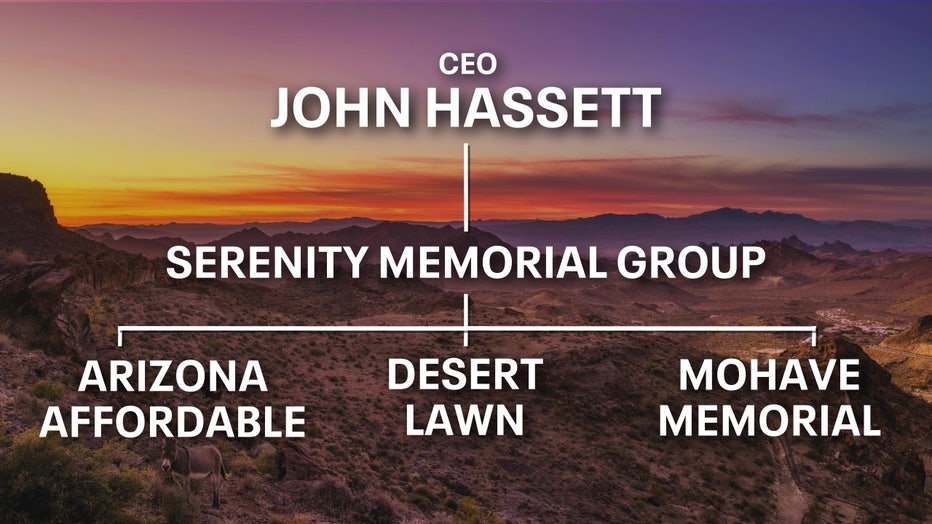 ‘There’s some months that we have no calls’

When Bradbury-Marchand was asked if she was upset over the decision, she replied, "We could all see that it was a conflict of interest. We were all fully aware of what was going to happen when Mr. Hassett got the contract. We just knew it and we tried to tell them and at one point in a meeting, the county manager said he didn’t care."

So, how has Bradbury Memorial Center been affected by the move?

She's talking about the county’s rotation schedule, which lists on-call funeral homes that accept decedents who either don’t have families to represent them, financial resources for a burial or a family does not know which mortuary to choose.

Each mortuary is scheduled by its region and month.

The medical examiner's office publishes data online to show how many death calls funeral homes on rotation have received, but Bradbury-Marchand says her records and the county’s just don’t match up.

"We have information where it’s saying they released 22 individuals to us that month, we maybe got four. There were other months that they were saying we got 12, we got one," Bradbury-Marchand said.

According to the county’s case log, there were 1,328 calls to funeral homes from January through July 2022.

The data shows Bradbury-Marchand received 91 during that span. As for funeral homes owned by Serenity Memorial, there were 446 calls, 33% of the total through seven months.

Hassett agreed to sit down with FOX 10 to address concerns, saying he has nothing to hide. 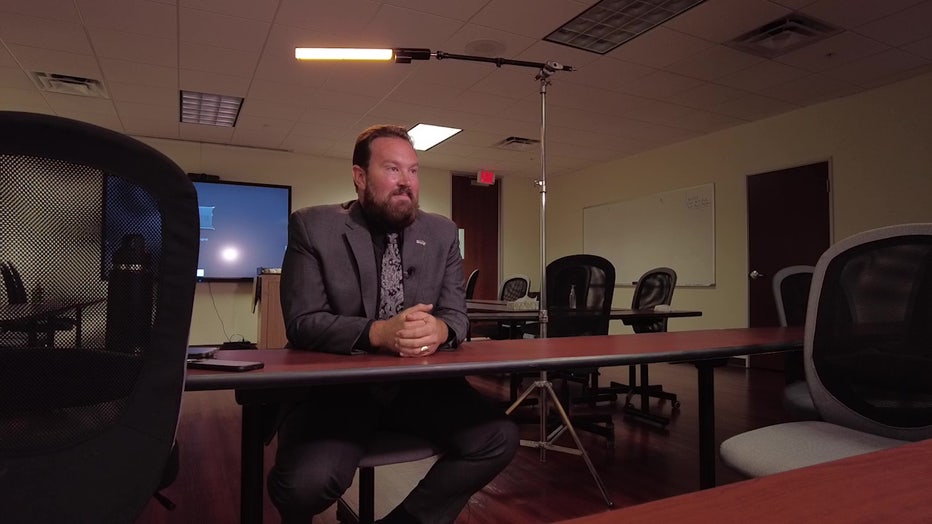 "Am I manipulating the rotation in order to benefit my own organizations? Absolutely not," Hassett said. "You know, thinking that calls are being forwarded to another funeral home, this has been something that’s been in the industry for many years. I would say that I’m very sorry that those individuals feel that way. They’ve all got my number. I’ve attempted to communicate numerous different times and if they ever wanted to talk to me. I’m here."

The mortuary with the second-most calls in 2022, 204 calls, is Lietz-Fraze Funeral Home.

The owner shared her data with FOX 10 and claims Lietz-Fraze received 24 death calls in three months of rotation in February, April and May. Not 69 cases as the medical examiner’s office data shows.

A difference of 45 decedents. So, where did those people end up?

Hassett says his data is accurate.

"The data and the numbers that are provided by law enforcement, investigators, emergency departments within hospitals, hospices … the data is there. It’s available at any time. Autopsy reports are public record. It’s definitely different. It’s something that hasn’t been done in Mohave County," Hassett says.

Denise Burley, former director of public health for Mohave County, says she's heard some of these concerns before.

"In this case, we’ll continue to work toward a resolution to improve and increase the transparency of the data that’s available to us," she says.

Burley was the county’s director of public health until she officially retired a week ago. Part of her job was to make sure Serenity Memorial followed the ""scope of services" detailed in the county’s contract.

Burley says a decline in COVID-19 deaths could be a factor in funeral homeowners receiving fewer calls, but that doesn’t change the discrepancy in statistics those mortuary owners claim exists.

Logan Elia, an attorney with Rose Law Group breaks what this means down further.

Based on the agreement, no preferential treatment can be used in choosing a funeral home for a decedent.

The question is, can any of these allegations be proven?

"If there’s evidence that he’s not following the terms, then in my mind, there’s nothing that would prevent the county from auditing compliance," Elia said.

A woman who says she worked on Hassett’s staff in the medical examiner’s office, who doesn't wish to be identified, says there’s truth to allegations made by funeral home owners we spoke with.

"It was very apparent very early on that law enforcement was constantly calling Desert Lawn even though Bradbury or a different funeral home was on rotation. They just automatically called Desert Lawn," she said.

Why did she quit her job?

"There was a lot of walking a fine line of what’s ethical and moral and what’s not, and I wasn’t willing to do that anymore," she says. "I’ve told my family, ‘If I die, I don’t care where you drag my body. Just make sure it’s not in Mohave County.'"

Through documentation, we’ve verified that she worked for the company earlier this year.

"There was no real training. It was just, you go in, you figure out and that’s that," she said.

She says she assisted with autopsies and transportation of decedents. She claims she witnessed chain of custody issues.

According to a research report on death investigations, published by the National Institute of Justice, "A properly maintained chain of custody and prompt transfer will reduce the likelihood of a challenge to the integrity of the evidence."

When Hassett was asked if his mortuaries are equipped with the same items as the medical examiner’s office, he replied, "Same type of equipment, but the mortuaries are not … they’re in no way associated with what we’re doing."

Hassett says the substation strategy is about safety due to long drives between cities in Mohave County, but clarifies that they're not located at any of his businesses.

"If an investigator feels that they are tired or can’t make the drive down to Havasu and back to their return area, they have the ability to drop off a non-high-profile case at a substation for transport the following day," he explained.

If the substations aren't at any of his businesses, where are they?

"Facilities that the contractor owns, but they’re not part of his funeral home business," Burley says.

"At the medical examiner’s office, it’s very closely monitored, the temperature of the coolers, because, at certain degrees, bodies start to decompose. If you have to run labs at certain temperatures, you can’t get the same accurate results that you’re gonna need to determine whether it was an accidental overdose, or somebody killed them," the former employee said. "Sometimes there was calls and they’d leave bodies at one of John’s funeral homes. He’d call them substations. He would do that from anything from an overdose to a suicide, to homicide cases. They would sit in different coolers not at the medical examiner’s office, sometimes for a week."

County supervisor Johnson says he received complaints himself, too.

"We were having problems with bodies being picked up and not taken to the medical examiner for a day or two or three, which is just not acceptable to me and not acceptable to any practice I’ve ever heard of," he said.

Burley says the nature of the business does have a sense of urgency.

"I think temperature control is a very important aspect of that and, yes, I expect that there would be expediency and moving those bodies from the substation to the medical examiner's office just because that's where they should be," she said.

Hassett says improvements can be made and he’s open to suggestions, but he has a response to his critics.

He says, "If people focused on their own business and their own issues think of how much better we could serve the community instead of always worrying about what someone else doing."