Residents of Pan Tak returned last night and staff at Kitt Peak Observatory are returning today after the Contreras Fire scorched 29,000 acres in the Baboquivari wilderness.

The Contreras Fire is burning in a remote area of the Tohono O'odham Nation southwest of Tucson.

It lies on a ridge of the Baboquivari Mountain range 20 miles east of Sells, Arizona.

More than 250 firefighters continue to work the wildfire, which is believed to be caused by lightning.

Kitt Peak National Observatory was damaged in the fire.

Four non-scientific buildings on the west side of the observatory property — a house, a dorm, and two minor outbuildings — were destroyed.

Buell T. Jannuzi, who leads the Department of Astronomy at the University of Arizona, said the fire didn’t appear to have damaged the telescope and science buildings at the observatory, though a closer examination of the site hadn’t yet been made due to safety concerns.

"This is the most threatening fire I can remember at Kitt Peak in the last 25 years," Jannuzi said.

The fire reached the observatory early Friday. Crews were planning to assess the damage at the observatory later Saturday if conditions allowed for safe entry into the area.

Structure protection crews have successfully placed defensible lines around all remaining structures at Kitt Peak, according to firefighters.

Kitt Peak National Observatory is operated by NOIRLab, the National Science Foundation’s center for ground-based optical-infrared astronomy. The University of Arizona, which has had a telescope at the site since 1962, is a tenant of the observatory.

State Route 386 is closed at milepost 1. 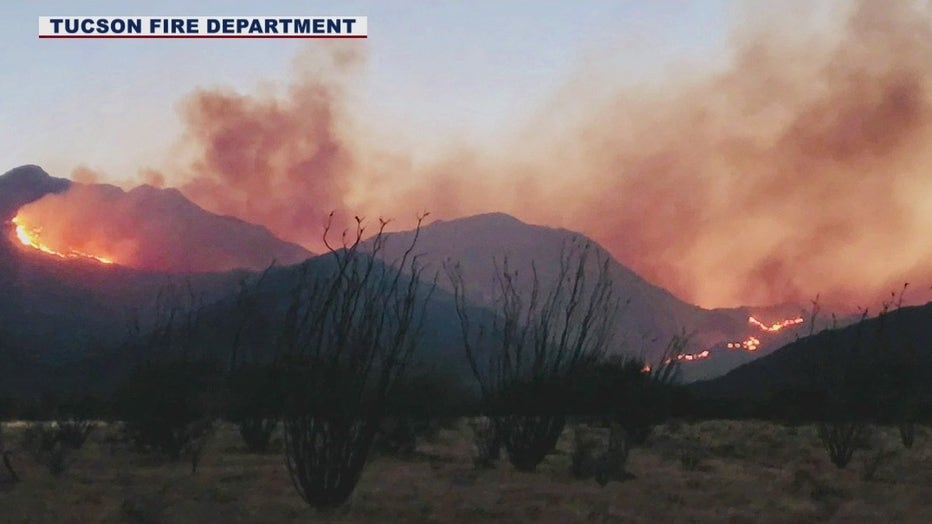 Timeline of the Contreras Fire

Containment is at 50% for the Contreras Fire, which has burned 28,977 acres in the Baboquivari wilderness.

Firefighters are assessing damage to the Kitt Peak National Observatory after the Contreras Fire grew to more than 24,000 acres. The fire is now 50% contained

Nearly 400 firefighters are battling the Contreras Fire that is burning near the Kitt Peak National Observatory. Officials are hopeful the lightning-caused fire will be contained by next week.