When Phoenix crews arrived at 31st Avenue and Indian School, they found two seriously hurt people who died at the hospital soon after.

PHOENIX - Two people died after a multi-car crash near 31st Avenue and Indian School Road on Dec. 26 in Phoenix, and police say a speeding driver is to blame.

When first responders arrived at the scene, they found two people seriously hurt and another person in stable condition. One person needed to be extracted from the car.

The critically injured victims were declared dead once they arrived at the hospital.

Police say the 23-year-old driver of a Chrysler 300 collided with a driver of a Toyota Scion who was trying to turn left. Both the passenger and driver of the Scion were the victims of the crash.

The victims have been identified as 27-year-old Wilder Uriel Diaz-Gomez and 18-year-old Yahir Uriel-Diaz.

Paramedics took the driver accused of causing the wreck to the hospital with serious injuries.

Elidio Saenz was identified as the suspect in the crash on the night of Dec. 27. According to court documents, Saenz was traveling 96 miles per hour one second before the crash. 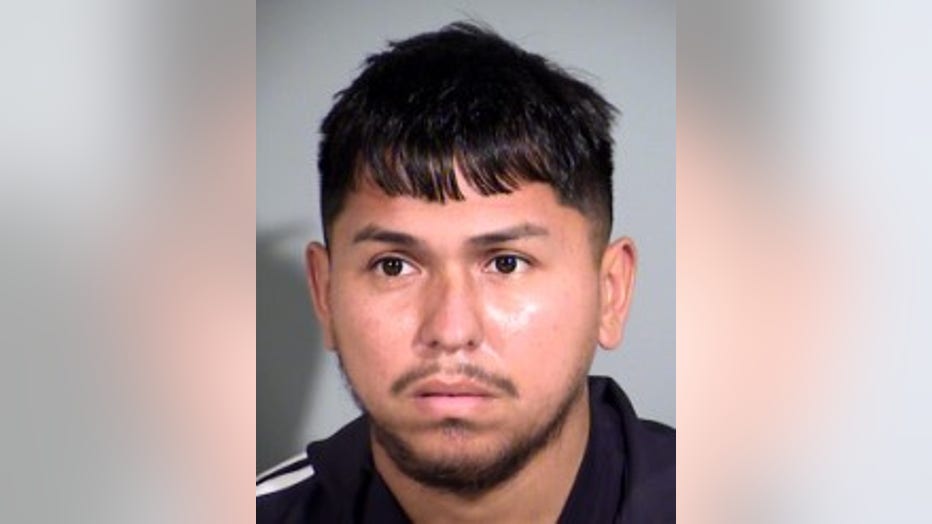 When he was interviewed by police, Saenz said he thought he was going 50 mph and was rushing to get home.

After he was released from the hospital, Saenz was arrested and booked into jail. He is accused of manslaughter.