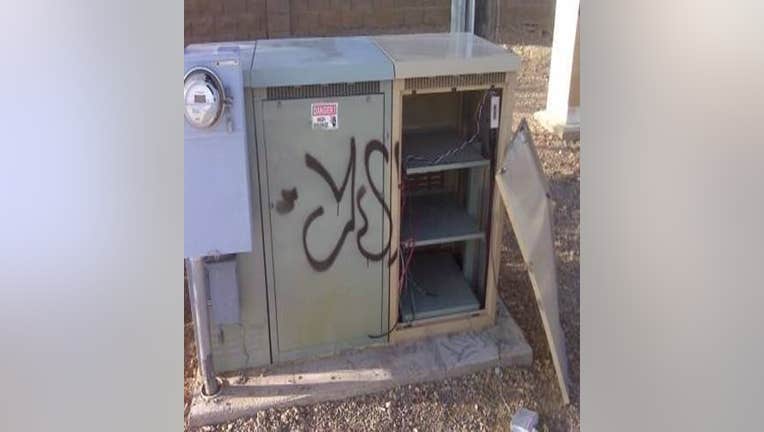 PHOENIX - Officials with Cox say they are teaming up with Silent Witness to offer a $1,000 reward for information leading to the arrest of those responsible for a string of utility closet vandalism and battery theft incidents across the Valley.

According to a statement released on July 28, officials with the internet service provider say over the past 18 months, more than 600 utility cabinets have been broken into, causing damage, loss of property, and potential service disruptions. In addition, officials say they have seen an uptick in battery theft.

"When theft and damage occur, it affects everyone. When a customer’s services go down, they lose their ability stay connected via internet and can lose phone service, which can impact phone 911 service," read a portion of the statement.

The utility cabinets, according to Cox officials, are located in neighborhoods, alleys, and alongside buildings. The stolen batteries are slightly larger than car batteries, and weigh about 65 lbs.

Residents are asked to call Silent Witness when they see suspicious activity around the unmarked vehicle near the cabinets, especially after dark. Officials say photos are also helpful.