Crash in Maryvale sends driver, police officers to the hospital

The crash happened in the area of 51st Avenue and Thomas Road, and involved two pickup trucks that hit a Phoenix Police patrol vehicle.

PHOENIX - Phoenix Police officials say a crash in the western part of the city has sent two of their officers to the hospital.

The crash, according to a statement, happened in an area near 51st Avenue and Thomas Road. A patrol car in the area was struck by two cars that, according to witness, were driving at a high rate of speed.

"The adult driver for one of the vehicles was taken to a local hospital with non-life-threatening injuries. The second driver a juvenile male stayed on scene with officers," read a portion of the statement.

A person at the scene when the crash happened described what he saw.

"I saw everybody was OK, just a man inside the car that was trapped," said Paul Thompson. "The police officers were already there at the scene, so we just hope he was OK."

As a result of the crash, 51st Avenue was closed from Thomas Road to Virginia for some time. 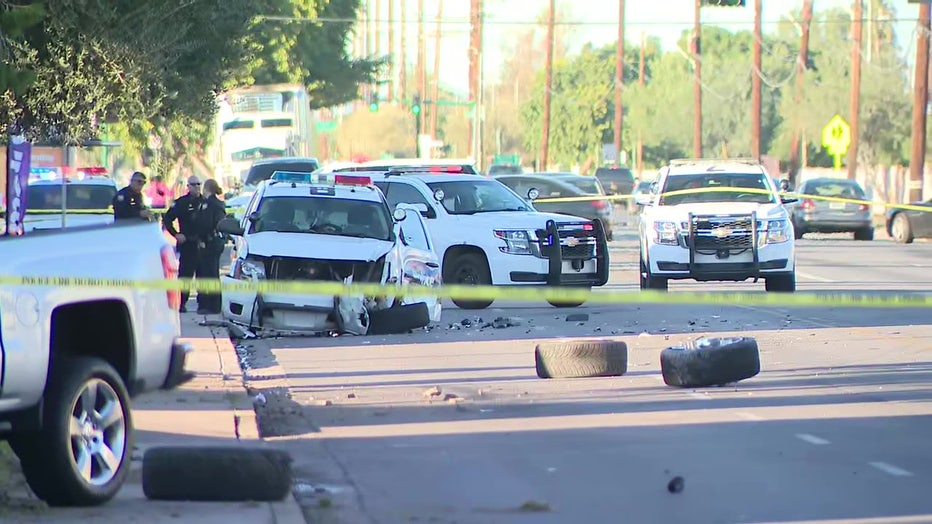