At a press conference Thursday, Dr. Timothy Pritts said neurological signs of improvement began Wednesday night as Hamlin gradually woke up, with the rest of his body healing. Hamlin was able to communicate by writing and asked who won the Bills-Bengals game. He cannot speak because of a breathing tube in his throat.

He has a ways to go for "liberation from a ventilator" and there are "many, many steps still ahead," they said.

Hamlin’s agent, Ronald Butler, told The Associated Press that Hamlin has been able to grip the hands of family members at his hospital bedside. 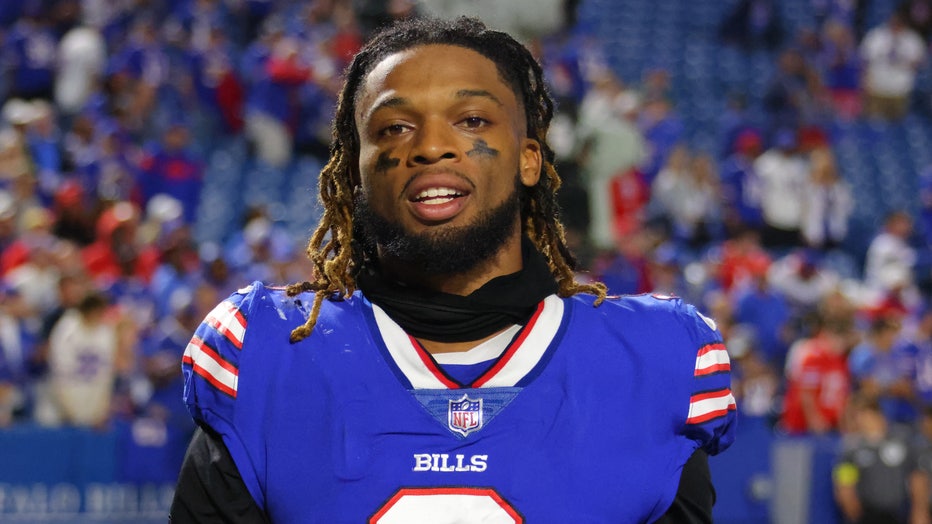 Damar Hamlin #3 of the Buffalo Bills after a game against the Tennessee Titans at Highmark Stadium on September 19, 2022 in Orchard Park, New York. (Photo by Timothy T Ludwig/Getty Images)

He said a physician was within Hamlin’s side within a minute of him collapsing and recognized that the defensive back did not have a pulse. Knight said Hamlin required CPR and resuscitation on the field.

"It’s been a long and difficult road for the last three days ... he has made a pretty remarkable improvement," Knight said.

The good news came as the Bills were scheduled to return to practice on Thursday for the first time since Hamlin collapsed. They're playing a home game against the New England Patriots on Sunday.

"Life is bigger than this game. And I think this is one of those humbling moments for all of us," Belichick said.

As to how his players were dealing with preparations for the game scheduled for Sunday, he said they are navigating it by the moment. 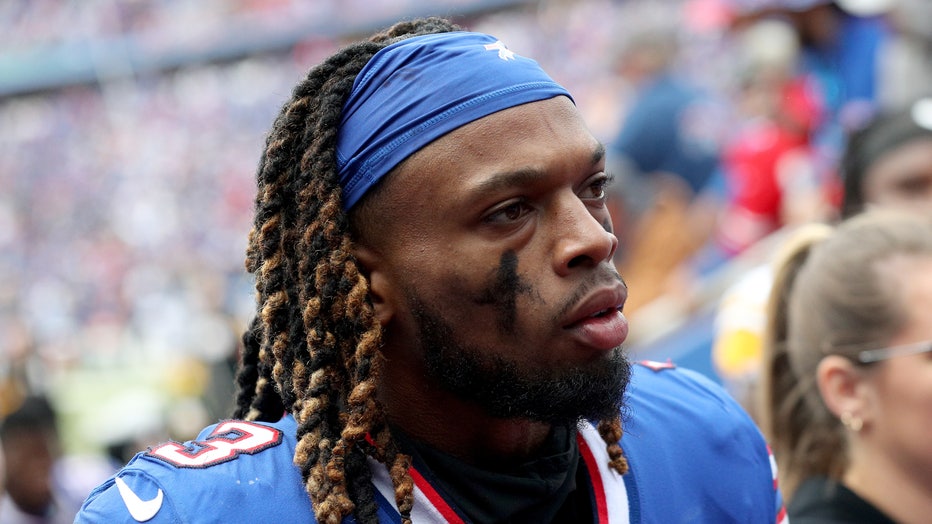 Damar Hamlin #3 of the Buffalo Bills walks to the tunnel during halftime against the Pittsburgh Steelers at Highmark Stadium on October 09, 2022 in Orchard Park, New York. (Photo by Bryan Bennett/Getty Images)

Higgins was running with the ball on a 13-yard pass from Joe Burrow when he led with his right shoulder, hitting Hamlin in the chest. Hamlin then wrapped his arms around Higgins’ shoulders and helmet to drag him down. Hamlin quickly got to his feet, appeared to adjust his face mask with his right hand, and then fell backward about three seconds later and lay motionless.

Hamlin was down for 19 minutes while receiving medical attention. WXIX-TV in Cincinnati reported that Hamlin required an automated external defibrillator (AED) in addition to CPR on the field.

The horrifying scene led to the suspension of Monday night’s game.

Numerous players across the league — former teammates and those who didn’t know Hamlin until Monday — voiced their support, while saying they were shaken by what unfolded in front of a North American TV audience.

Colts safety Rodney Thomas made the two-hour drive from Indianapolis to Cincinnati on Tuesday just to be by the side of his former high school teammate.

"He’s a fighter. I know he’s a fighter and there’s no other thought in my mind other than him walking out under his own power," Thomas said Wednesday.

Jordon Rooney, a spokesman for Hamlin’s family, said Wednesday that Hamlin’s family was staying positive and buoyed by the outpouring of worldwide support the Bills player has received.

"They are elated right now," Rooney said. "Damar is still their first concern. But for them, they always look at how they can turn a somewhat troubling situation into a good one. The bounce back from this, for him and his family, is going to be incredible."