Arrests have been made after it was discovered that graves were dug up at the Edgewood Cemetery in Mount Dora.

LAKE COUNTY, Fla. - Two suspects have been arrested after human remains were stolen from graves at the Edgewood Cemetery in Mount Dora.

The Lake County Sheriff's Office launched an investigation at a cemetery after several graves were broken into in December during what they believe was a ritual of some sort.

Deputies say they were able to identify the suspects through DNA test results. Arrest warrants were issued and served for the two men, who were located in Polk County

The Lake County Sheriff's Office also said that they were able to identify the suspects using DNA from cigars left at the crime scene.

MORE NEWS: Central Florida man among those arrested during riots at U.S. Capitol

"Those cigars were sent off, the detectives very hopefully that we could get samples that could be used for a match and low and behold those samples did result in one match," said John Herrell of the Lake County Sheriff’s Office.

43-year-old Brian Tolentino confessed to the crime and told investigators he was assisted by 39-year-old Juan Lopez. Deputies executed a search warrant at Lopez’ Polk County home, where they discovered six skulls and other body parts. 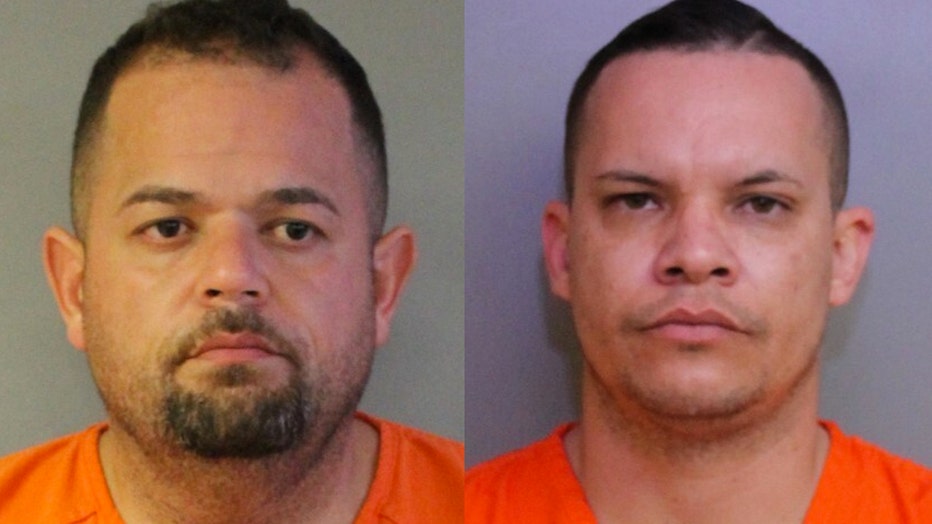 "They found a shrine containing these items, so it was obviously as part of some religious ritual," said Herrell. The men told investigators that they practice Santeria and the skulls were for a ritual.  "The whole thing is really bizarre, I mean, it’s probably one of the strangest cases we’ve seen here in Lake County."

The men are charged with four counts each of disruption of contents of a grave and abuse of a dead human body. Both charges are second-degree felonies. They are being held on $40,000 bonds.

MORE NEWS: SpaceX gearing up for 1st rocket launch of 2021 on Thursday

In December, a mother and daughter driving by the cemetery discovered the vandalism.

"In the far right corner there was a vault leaned up against a tree, so we turned around to make sure that nothing else was out of the ordinary," Emma Boothe said.  They soon realized that wasn’t the worst of it.

"That’s an image that I will probably never get out of my head. I mean, I don’t think I ate anything or slept at all last night. I close my eyes and see that poor man lying there," Booth said. "This poor gentlemen that had been laid to rest in the 1980s. There was a pillow, but there was nothing on it."

Boothe called 911. She told FOX 35 News what she saw was so shocking and outrageous. When she described it to the 911 dispatcher, the dispatcher sounded to be in disbelief and asked her to repeat what she said.  Detectives arrived on scene, putting crime scene tape up at both entrances to the cemetery.

"It leaves very little question in their mind that this was some sort of ritualistic activity taking place here," Lt. Herrell said.

"It’s just wicked, evil. These are the days we’re living in," said Vernell Parker, whose mother's grave was disturbed. "I would have never even thought of something like this."

Deputies say the lid to each of the vaults weighs between 700 to 1,000 pounds, so they knew there were more than one suspect.